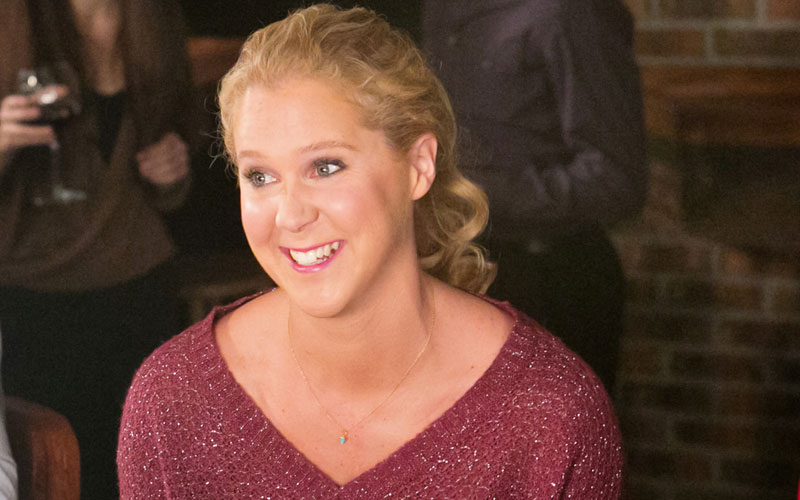 On Tuesday, ABC’s senior vice president for alternative programming, Rob Mills, invited comedian Amy Schumer to be the next The Bachelorette. She accepted.

Okay, yes, she answered with a funny photo, and yes, this may all just be a ha-ha, wouldn’t that’d be fun! exchange. But I want it to be real.

Amy appeared on Monday’s episode, and seemed to genuinely like the series. She joked about Kaitlyn, “I want to spend the rest of my life with her,” but seemed to be very sincere when she said “I am the biggest Bachelor fan. … I love this show. I’m a fan of the show.”

As a fan of Amy Schumer, I’ll say it: Amy Schumer is what the series needs. More specifically, The Bachelorette needs to be mocked within by someone who also understands it. It needs someone to make faces and roll their eyes in the moment, to embrace the ridiculousness yet still take the conceit semi-seriously.

She did that well on Monday:

For too long, The Bachelorette (and The Bachelor) has been a show that tries to have it both ways: it pretends it’s about love and making a genuine connection, but also presents a parade of staged nonsense and buffoon cannon fodder. That’s because some people watch it like a soap opera; others watch it just to mock it relentlessly; and some watch it non-ironically and fall in love with each season’s love story.

Imagine how much more fun it would be for everyone if those on the show were able to laugh at it while participating, and I don’t just mean laughing at whatever costume a producer forced one of the bachelor/ettes to wear for the limo greeting.

The show could also use Amy because she’s currently the best at offering entertaining yet serious critiques about women in popular culture. As has been well-documented, the franchise has real problems with its treatment and portrayal of women, and I’m not just talking about this year’s gimmick. (The show could also use a way to keep viewers tuned in: the twist drew viewers to the first episode but 24 percent of viewers 18-49 fled between last week and this week–though, yes, it was a holiday Monday.)

Her brilliant comedy is wickedly amusing but also incisive and cutting, zeroing in on atrocious behavior or attitudes and destroying them. The Bachelor so desperately need that. And I want it–I want a way to laugh at it without just being annoyed or frustrated with it, and Amy Schumer is terrific at that.

She’s also great at meta commentary and has bonus experience mocking the franchise, as you can see in these two clips:

So, Amy and ABC, please make this happen. The Bachelorette and reality television will be better for it.