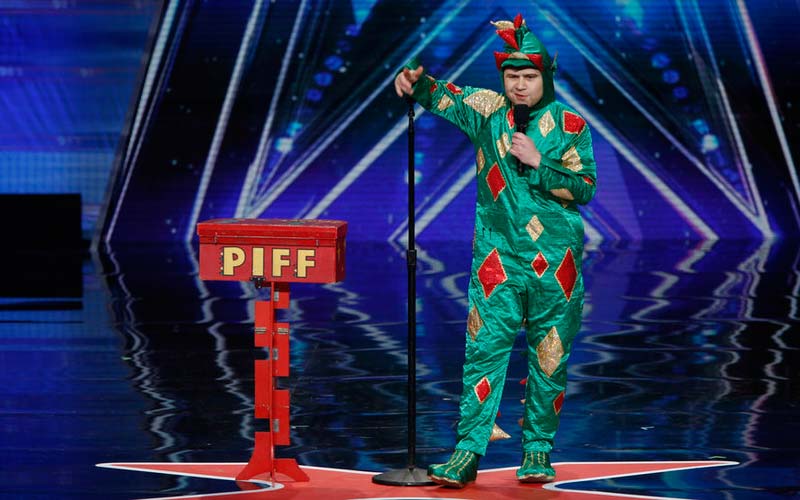 America’s Got Talent started its 10th season last night, and in its first four hours, had what I think is its strongest, most watchable start yet. From its judges’ chemistry–Howard Stern, Howie Mandel, Heidi Klum, and Mel B work exceptionally well together–to its truly strong acts, the show is off to a good start. And it hasn’t even exited the theatre yet for its outdoor acts.

In the past, a handful of acts have been entertaining, but that hasn’t been enough to overcome everything that annoyed me. Nick Cannon’s grandstanding. The overly loud audience screaming. The drawn-out time-wasting between acts. But very little of that was present this episode, which moved along rapidly.

One thing that was particularly welcome: almost 90 minutes passed before a bad act to show up, and that was a quick montage. There were some fake-outs before that, though, notably Piff the Magic Dragon. But he turned out to be one of the best acts of the evening, staying in his wonderfully droll character from start to finish:

He was just one of several acts that I want to see again and again. Ira the puppet, which the show played as if he was a real person. Drew Lynch, the stuttering comedian. These two amazing acts, Siro-A and Showproject:

There were mercifully few singers and dancers, those who aren’t talented enough to be on Idol or SYTYCD. AGT’s greatest problem over the years has been its parade of mediocre singer winners, and I hope the number of these kinds of acts stays low, and that they’re eclipsed by the truly amazing, Las Vegas-worthy performers.

What really worked for me in the premiere was the mix of acts. Mel B’s hair alone made it clear they cut material from several different tapings, but the result worked very well. Even the emotional stories were well-paced and also had talent to back them up.

And then there was this, which is nothing short of miraculous. This act likely would have been far less spectacular had he done anything else, because I would have been skeptical of the outcome, but this? Wow. My only complaint about the premiere was that there wasn’t footage of Howie Mandel watching the playback of his hypnosis.