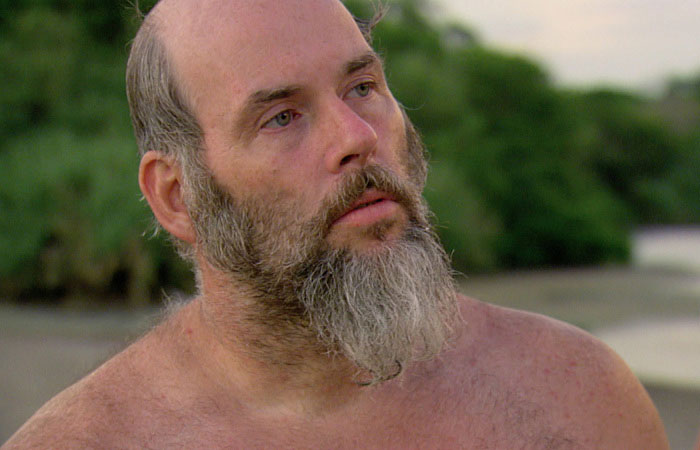 That’s Survivor Worlds Apart cast member Jenn in the preview for next week’s episode, which suggested she might want to exit the game. Last week she was at the cause of a true blindside, playing an idol and disrupting the majority alliance’s plan. This week she was on the losing side of a vote to get rid of misogyny volcano, which might explain her irritation.

Perhaps she had the same kind of realization I did when I was contemplating why I didn’t write about last week’s episode, beyond a quick story about the awful merged tribe name. This season has had lots of drama and the episodes with highs and lows, and I’ve had strong reactions to those, but afterwards I just don’t care. The episodes have relatively satisfying narrative arcs, but give very little to hang on to week to week.

Survivor Worlds Apart cast is worlds away from lovable

When I posed this question on Twitter, about whether or not others felt the same way, one response really resonated with me: “There’s no one to root for/care about.”

I think that’s exactly it. Although there was a potentially interesting combination of tribes at the merge, I don’t care about which tribe survives. Although there’s a group of underdogs, they keep making decisions that frustrate me and/or that I don’t understand. Although there are people who keep causing drama, they come across as Big Brother-level awful, and I’m not as excited as I should be about watching them.

I’m not saying that these cast members are bad people or have terrible personalities, though for sure some of their on-screen behavior is terrible. The editing deserves a huge part of the blame.

Joe should be the kind of underdog who inspires passion, but he comes off as flat on screen. He chose all the swing votes to go on the reward with him, but who among them do I want to win $1 million? No one, especially not after tonight’s incomprehensible vote. Shirin’s wit has been included a few times these past few weeks, but the editing hammered her so much early this season that she’s not a satisfying spoiler.

And then there are the others. Rodney. Mike, who, now that he has the idol, has something else to put in his teeth. Tyler sees Joe take the choking hazard idol clue–creative, but so dangerous!–and then as he builds trust with Joe, turns around and babbles to Mike.

And Dan, ugh. He’s a superfan awesome player so he sat down with a swing vote and then berated her about being a terrible fan player, which he added to by saying misogynistic crap in an interview about how someone needs to slap her. Then, as if this is some kind of sociopathic performance art, he said “I’m actually just trying to be nice.”

I started to wonder if he really was a performance artist, or maybe a producer in disguise, during the immunity challenge. That’s when he insisted he’d completed the puzzle three times even though it looked like this:

Perhaps the worst part of Dan’s storyline this episode was that it looked like he was totally going to be blindsided, punished for his bad behavior. Before she gave us a history lesson on the colonists flipping on the British, Hali said in an interview, “You go misogynistic on the girls, girls are going to take you out, Dan.” Actually what she meant was: You go misogynistic on the girls, several of the girls vote with you for reasons that are not at all clear, just as it is still not clear why white collar went with blue collar last week.

Yes, this episode had some masterful editing–you got me! I was so mad at the end!–but it’s editing that once again leaves me not at all invested because it’s leaving huge gaps and focusing on the awful. It’s also repetition of things we’ve seen before from players, so it makes this bleed together with previous seasons of Survivor. When that’s sexism and misogyny, it’s not at all pleasant.

I can’t imagine how difficult it is to cull stories and strategy out of hundreds of hours of footage, never mind to find relatable and interesting people to play the game. But I now do know why neither of these two critical elements of Survivor are working for me this season.