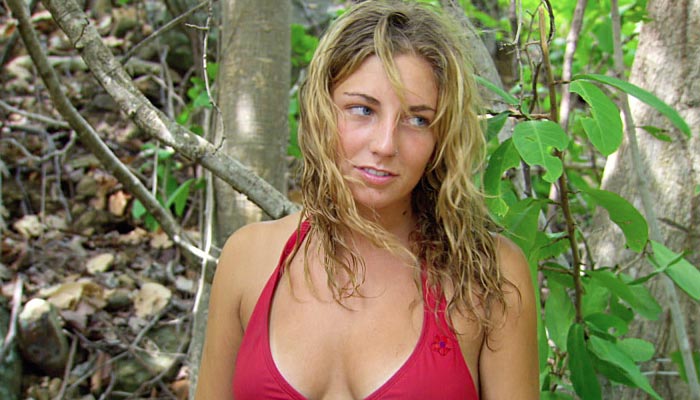 Survivor Worlds Apart cast member Jenn apologized for several now-deleted tweets that used homophobic slurs and included racial jokes and comments. She called the posts, which were written between three and five years ago, “a stupid attempt to be funny,” “offensive,” and “insensitive.”

Screenshots of the tweets include several in which she appears to call other Twitter users “fag” and “faggot.” There are disparaging references to to “a Jew hipster band” and “jew noses,” and one tweet says it was “so weird seeing a black super hipster.” As part of a story about watching a movie, she says her reaction to one character was “gross, an asian.” The comments don’t necessarily make sense; in one 2010 tweet, she wrote, “stop being a faggot and suck that dudes dick.”

She has since deleted the tweets, which were posted between 2010 and 2012. Jenn is 22 now, so she could have been as young as 17 when the earliest tweets were posted.

After someone tweeted the screenshots, Jenn wrote, via TwitLonger,

“I said some terrible stuff and I’m embarrassed that I ever typed those words. They aren’t representative of how I feel at all – they were a stupid attempt to be funny. My words weren’t funny, they were just offensive. I can’t unsay them. I can’t excuse them. But I can take responsibility for what I’ve done and apologize to everyone whom my words have hurt. It was insensitive and I’ve grown up a lot since then. I have removed it all. I love all people.”

This does come across as a very sincere apology, and one that actually apologizes. She takes the blame and takes responsibility, which is impressive, even though the content of her tweets was, obviously, disturbing and unacceptable.

Her response is nice contrast to certain other CBS stars–for example, the one who bizarrely defended his latest anti-gay rant and then continued to be employed by the network.