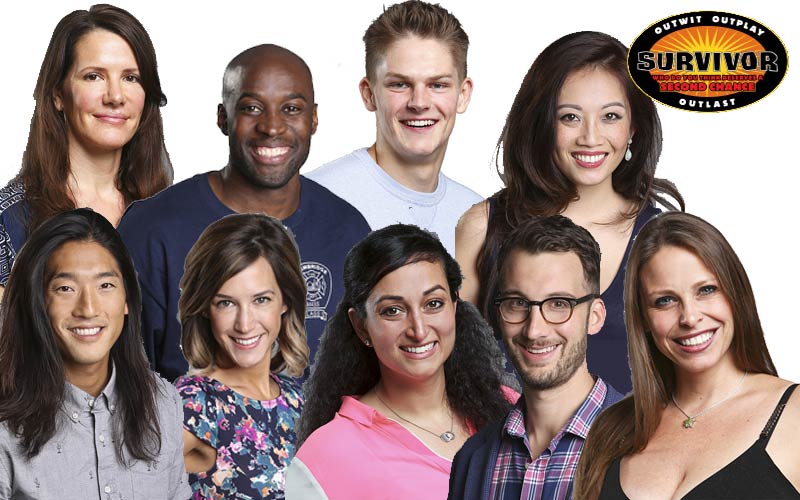 We now know most of the group of one-time,  non-winner Survivor cast members who will be voted on to the new season by viewers. The list of potential Survivor 31 cast returnees reaches all the way back to season one, including both Greg Buis and Kelly Wiglesworth, who famously lost to Richard Hatch.

They are all recording videos that ask viewers to vote for them, which will likely be revealed soon. As of right now, it seems like the pool will include 20 men and 20 women, who will be narrowed in half by viewer votes.

Here’s an image of those currently understood to be in the mix, created by Survivor spoiler Redmond, who revealed most of these names on Twitter over the past few days.

How will voting for Survivor returnees actually work?

Last week, I’ve learned, there was additional casting in Los Angeles, including for several people from the current season, Survivor Worlds Apart. I’m hearing that one person who was voted off before the merge and three people who are still playing were considered.

CBS obviously won’t yet reveal the pool until those who are still playing have been voted out, if voting is going to occur before this season’s finale and reunion. I expect filming for the next season to begin immediately after this season’s finale/reunion.

There are still a lot of questions about how all of this will work: the voting logistics, the exact size of the voting pool and cast, and even when this season will air. Season 31 is currently filming in Cambodia but considering that voting makes the cast known to the public, it’s possible it’ll film second but air first. Or CBS could hold it and air them in the usual order.