All the e-mail messages from the Sony hack late last year have been published by WikiLeaks, and among those are messages that reveal more about the origins of Shark Tank than have previously been reported.

When Sony approached executive producer Mark Burnett about producing a show for them, e-mail says they did so without concern for how much money the show might earn. 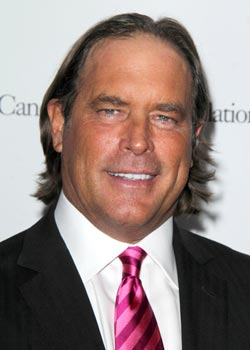 The archive of messages also includes 2014 discussions about a possible Shark Tank store and an annoyed response from Mark Cuban to his lawyer about the show’s proposed contract. In another message, Sony Pictures Television president Steve Mosko calls CNBC’s Restaurant Startup a “Shark tank rip off.”

But it’s a series of messages that reveals changes to a Variety article that omitted several colorful and critical details about the show’s origin.

The Nov. 11 Variety story by Debra Birnbaum had a sidebar (it’s not online) telling the story of “How ‘Dragons’ Came to America,” referring to the Dragon’s Den format. The story details how Sony acquired the rights to the format but couldn’t get networks interested. Later, Mosko approached Burnett with a book of formats Sony owned, and Burnett said he was interested in just one, though he wanted to change its name.

Earlier drafts of the story, however, show that two major points were deleted from the final version. Here are those changes; I’ve marked the significant omissions in red:

“I drove up to his office, put a book of our formats in front of him, and said, ‘I don’t need to make a lot of money. I just need to say I’m in business with Mark Burnett. If you can find anything in that book that gets your attention, I will come back up here, and we’ll make a deal,’” Mosko says.

“I drove up to his office, put a book of our formats in front of him, and said, ‘I just need to say I’m in business with Mark Burnett. If you can find anything in that book that gets your attention, I will come back up here, and we’ll make a deal,”‘ Mosko says.

“So we went from a format purchased in the basement of the Palais 10 years ago, to me on my knees, tin cup in hand, begging Mark Burnett to be in business, to now hitting 100 episodes,” Mosko says.

“So we went from a format purchased in the basement of the Palais 10 years ago, to pursuing Mark Burnett to be in business with us, to now hitting 100 episodes,” Mosko says.

Considering what a massive hit and revenue generator Shark Tank has become, it’s fascinating that Sony didn’t really care as much about its financial performance as the company did about working with Mark Burnett.

So where did those phrases go? A chain of e-mail messages reveal that Mosko and Sony publicists were not happy with them.

Last fall, an interview between Mosko and Debra Birnbaum, Variety’s executive editor for TV, was arranged. After it occurred, Sony Pictures Television publicist Marianne Romano told Mosko in an Oct. 29 message that a proposed sidebar would be “something like ‘How Shark Tank Was Born’ As told by Steve Mosko.” Romano adds, “She [Birnbaum] said she would let you read it before she turned it in to make sure it was accurate and you are happy with it. She would also keep a quote or two from you in the main feature story as well.”

Romano sent a draft to Mosko on Oct. 30 that is written from his perspective and with his byline. Mosko replied that it “reads a little silly.” The version published Nov. 11, 2014, has similar content to that original version but is instead written from the third person and carries Birnbaum’s byline.

I reached out to Birnbaum for comment, and she told me, in part:

“Sony did not have approval or disapproval of the quotes in this story. The reason the emails could be misinterpreted in a way that might lead you to believe otherwise is that they don’t reflect the fact that this story was originally conceived of as a first-person account from Steve, based on an interview I did with him (which was just one of many). That’s how Sony was able to see the quotes in the first place.”

However, I made an editorial decision to switch from that first-person account to a more typical third-person piece of journalism. Regardless, because Sony was able to see the quotes from the interview I had already done with Steve, they made their unsolicited suggestions as to what quotes should be used. However, as always, given space restrictions, there were many more quotes than were used in the story because it was just a 300-word piece.”

Those “unsolicited suggestions” came via a series of e-mail messages. On Nov. 3, publicist Romano e-mailed a draft of the story to Mosko, writing, “See below for the revised version of the Shark Tank origin sidebar story as reworked by Debra Birnbaum. […] Please let me know if you are comfortable with this – or if you would still like to make some tweaks.”

“Could u soften the tin cup on knees begging part. Sounds too desperate. Thanks”

Separately, Paula Askanas, who heads communications at Sony Pictures Television, replies with a separate objection to the content:

“I’m not crazy about you being quoted saying you don’t need to make a lot of money. I’d change that to say you just needed to say you were in business with him. It makes the point. Not sure if you need the begging later. The tin cup is enough, but I feel more strongly about taking out the don’t need to make money part.
Just me. You?”

A revised quote appears in a Nov. 3 message from Romano, and Mosko suggests further edits to that.

I compared the version of the story in this message to the published version, as archived by ProQuest, and the only two changes are the ones above, marked in red. I asked Birnbaum about those specific edits and she told me:

“No, the quotes weren’t removed at Sony’s request. The quotes were removed, as were others, for space constraints.”

It is standard journalistic practice to fact check quotations and, if necessary, correct errors, though certainly not all publications do that. Whether or not sources can review quotations and/or stories is, at best, heavily debated. Several years ago The New York Times revealed that it has become common practice in some political journalism. Not all media outlets allow this; The Associated Press, for one example, doesn’t allow sources to review and approve quotations.

Again, the changes here are relatively minor, though they do change the substance of the comments, softening Sony’s story about the origins of Shark Tank, a rare break-out broadcast reality TV show.