Skip to Content
The cast of Outlaw Country. (Photo by WGN)

WGN’s ambitious reality series Outlaw Country, which concludes tonight at 10 p.m. ET, is visually arresting and thematically compelling, the story of people on both sides of law enforcement.

It opens with a title sequence reminiscent of Survivor—slow motion, heavily saturated colors—and a theme song that leads the series’ own soundtrack.

But first comes this explanation:

Over the course of the past year, a documentary crew was given access to a town under siege.

The crew was given permission to follow the town’s mayor, police force, an elite task force and their main persons of interest.

That sounds riveting, with such incredible access to both sides of a conflict. The show introduces two pairs of men: the chief of police and his brother, the Cooks, who are convinced another pair of brothers, the Monks, are responsible for crime in the small town.

But before we saw footage of their sit-down interviews, which took place on appropriately themed sets (a press conference setup for the Cooks, an interrogation room from the Monks), there was some additional on-screen text:

To protect the identities of innocent persons and the integrity of ongoing investigations, some scenes in this series were recreated.

That disclaimer hung over the early episodes I watched. As Outlaw Country concludes tonight, the overriding question—beyond whether or not the Monks are guilty of anything, or what kind of confrontation will occur—is whether Outlaw Country is fake or real.

Why would people do things like threaten others or hand over drugs while cameras rolled? And if it’s as real as it purports to be, why does it stage scenes?

When asked about the show’s veracity, Buckner’s city attorney would only tell the Kansas City Star, “It’s a TV show.” That’s also what the chamber of commerce president told the paper: “it’s a TV show.” John Monk wouldn’t comment because of his nondisclosure agreement.

There’s not a lot of confidence in those answers. If this was just a documentary series showing what was happening, why wouldn’t they say that? Clay Aiken didn’t sign any kind of nondisclosure over his appearance in Esquire’s The Runner-Up, and he had cameras embedded with him while he was running for Congress.

I talked with Outlaw Country‘s excutive producer Jason Hervey, who you may remember as Wayne on The Wonder Years but who has most recently been producing reality television. Bischoff Hervey Entertainment has produced Hardcore Pawn: Chicago, I Heart Nick Carter, and Scott Baio is 45…and Single, among other shows. 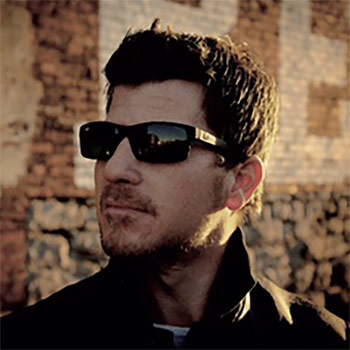 The idea for the series, he said, came from someone who knew the mayor was putting together a task force. He traveled to Missouri to meet with law enforcement. “What wasn’t standard is what happened, which nobody could see coming,” he said. “We’re down there and we’re talking with the task force and getting the lay of the land, and the Monk brothers reached out. They wanted a sit-down. We had heard the Cook brothers bring up their names so of course, we took the meeting, which was around 2 or so in the morning” at John Monk’s tattoo shop.

How Outlaw Country found its subjects

The Monks, Hervey said, told him, “We’re pretty sure our names have come up a few times. If you guys are doing a reality show and our names our coming up, we don’t want anybody telling our story but us. If you guys are doing the show in our town, you need to hear our side of the story, too.” Hervey said, “That was pretty insane. Usually in a documentary series, narratively speaking, you’re going to be focused on really one side.” So having the other side approach producers “was really kind of awesome.”

That remarkable story surprised me because, even in episode two, the Monks seem hostile to the cameras and the questions they’re being asked, almost like they are being interrogated, not like they’re the people who sought out camera crews.

Hervey told me, “I think that really fell into a be-careful-what-you-wish-for category. We were clear: we’re either doing this or we’re not doing it, and if you don’t like the way your hair is combed today, there are no second takes. It is what it is. All the questions that they got peppered with was just really at the beginning of the process,” before they were perhaps used to camera crews.

“We’re tapping into something that has existed between the Cooks and the Monks for well over a decade here. We’re hearing it for the first time but these guys have lived it for a long time,” Hervey told me. “I think they were constantly in a position of defending themselves in essence. And that’s kind of the fun of the show. It’s not even just whose side are you on, Team Monk or Team Cooks, it really comes down to: Who do you believe?”

To get both sides, two teams of crews “immersed themselves” in each group. “Cars were wired, businesses were wired, some body cams were worn, we have intense aerials comprised of helicopters and drones,” Hervey said. In addition, they used the town’s surveillance footage and their own surveillance cameras for additional footage.

“Honestly, if it wasn’t for the technology of 2015, this series, years ago, would not have been possible, because we would have been constantly trying to catch up to the action as opposed to capturing it,” he said. Crews included spotters and they were always on standby. “It was just a big machine that was fluid and evolving and organic, and was not only proactive but also reactive. Hats off to all of them.”

Why were scenes recreated? Is the show fake or real?

With all of this authenticity, why, then, would it have a disclaimer admitting scenes were recreated?

These aren’t recreations like those in, say, The Jinx, which had its own veracity problems but was explicitly clear about what was recreated. The recreations on Outlaw Country, whatever they are, blend in. What were they?

I asked Hervey, and he said, “contractually I can’t answer that. But just the word ‘reenacted’ for a small handful of times does not mean not real. The things are innocuous but we have to be extremely sensitive to ongoing investigations. That’s just the way it is. That really is the best answer that I can give you.”

He later added, “when we’re you’re working with law enforcement and federal agents, you either follow the rules or you don’t do a show.”

I asked if it was recreating something to hide sensitive details, or if they were recreating scenes that cameras didn’t catch for some reason, but he wouldn’t elaborate.

“I’m not being coy with you. I’m very respectful of the protocol that we have to follow. Reenactment does not mean not real, because everything that went down is real and the small handful of recreations are not germane, really, to anything truly significant,” Hervey said.

Then he segued into a discussion of Outlaw Country‘s distinctive look and feel—which I wasn’t sure was a way to explain reenactments or just emphasize the enormity of the production. “This looks more like a really one-done one-hour drama than any other reality show that I think has ever been done, honestly. We went through great lengths to be very cinematic in our approach. WGN is a bold, aggressive network that it is making some signature shows but we weren’t going to not do the show that lived up to the cool stuff that WGN is doing. When you something that’s very cinematic, with a lot of moving pieces, you’ve gotta go the extra mile,” he said.

“I think the definition, when people say, ‘Oh, it’s fake!’ it’s such a quick, knee-jerk reaction and shorthand. ‘Fake’ on a reality show in 2015 means something different than the word ‘fake’ on a reality show in 2003. As television is evolving, so is that word and what it means. It can be very specific, it can be very broad and liberal,” he said.

He cited a scene when a cast member named Preacher hits another man, who ends up needing paramedics: “Ask that guy if it’s real or fake.”

On Outlaw Country, Hervey said, “Everything that went down is real and authentic.”