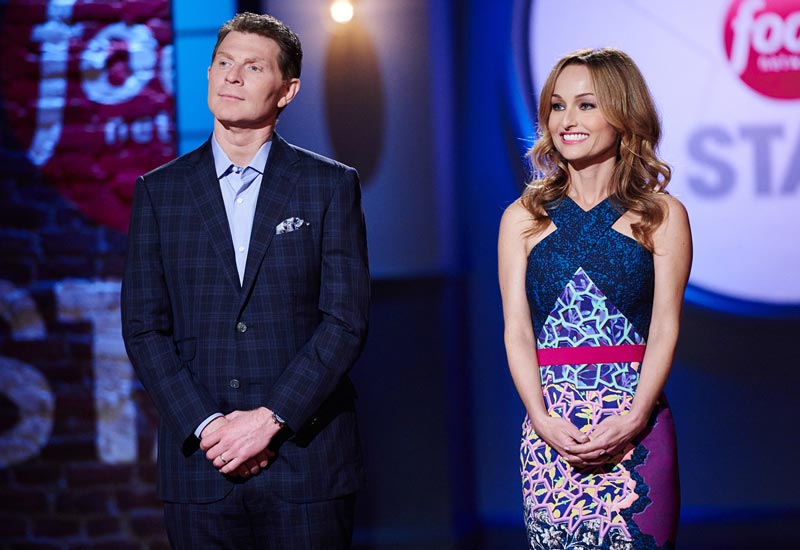 Who's missing from this Food Network Star season 11 photo? Hint: his name is Alton Brown. (Photo by Food Network)

Alton Brown is out of Food Network Star, which will return with just Giada De Laurentiis and Bobby Flay as judge/mentors. However, season 11 will include Volkswagen, which will be “organically woven throughout the series and helping propel the competition,” the network announced today. At least there’s that.

Since season eight in 2012, the series’ best season, Alton Brown has been a permanent judge/mentor. The show bailed on having mentored teams after that, and has declined since then. In addition, there is an interesting paradox at the center of the series that seems to be getting in the way of it producing a true star.

Alton Brown’s exit wasn’t mentioned in the press release, of course, but he is not even on the list of special guests for Food Network Star season 11: