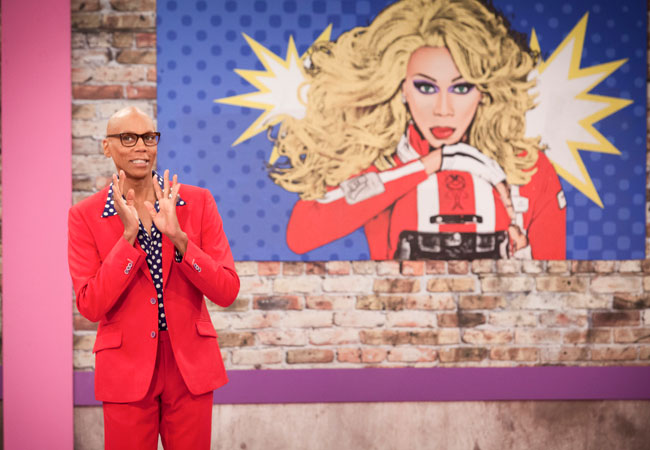 RuPaul’s Drag Race made good on its predictable promise to bring back an eliminated contestant, which RuPaul teased last week with a tongue-in-cheek, I-know-this-is-a-contrived twist language statement. The result was that this season’s worst elimination was undone, but there was also an opportunity for all the eliminated contestants to get some redemption during a strong challenge.

First, yes, Trixie Mattel’s original elimination seemed like total bullshit (even more than many of the eliminations this season, so many of which just don’t make sense). Bringing her back was the obvious choice–both in terms of how screwed over she was originally and because of her performance.

Instead of just bringing back a few people, the entire eliminated cast returned to be paired off with one of the remaining contestants. Each pair had to become conjoined twins. That led to some ridiculous sight gags–having conjoined, massive breasts, for example–and also terrific comedy. Trixie Mattel’s ugly twin version of Pearl was particularly outstanding.

Though I generally hate these kinds of twists, as most of the cast seemed to, this was the best possible way to do bring back an eliminated player. Everyone had a chance for one last moment on stage, even if they didn’t have a chance at returning.

Sure, some of the pairings were unfair, but even those were good opportunities for the non-eliminated queens to show some leadership. On the episode and during Untucked, which is below, Ginger Minj blames her weak performance on her partner, Sasha Belle, but she’s obviously capable of more.

And Sasha did come through during the lip sync, when she and Ginger dismembered their costume and stripped down while continuing to perform and sing. That would have been enough on its own, but there was so much more.

Of course, things continued backstage on Untucked, which to me is sometimes even more interesting than what’s included in the main episode.