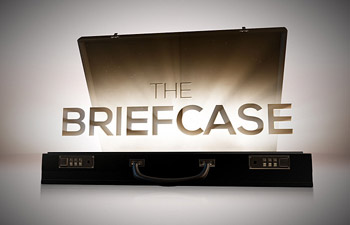 CBS has announced a new reality series, The Briefcase, a cruel show on which producers screw with two financially challenged families to squeeze out some ratings in their next attempt to create a reality hit.

It’s a show on which two poor families get $101,000 and have to decide whether to keep it or give it to a needy family, not knowing that family is making the same decision.

How fun, screwing with people’s financial futures! Why not just give each family the money and call it a day? Oh, right, there are no stakes then, no reason to care. Who would want to watch people in need getting money on television? But poor people deciding whether or not to be selfish and opening themselves up to viewers’ judgement? Yes, please! Get the popcorn!

Even better, they’ve cast Republicans! And lesbians! And a war veteran and a family with an autistic kid. Let’s layer on the drama in the most obvious and simplified way possible, by reducing people to highly charged archetypes.

Ugh. I even hate the narration, which is so whiny and self-important. Apparently I have strong feelings about this show. I’ll certainly watch an episode and try to watch it with an open mind, but I really do hate premises like this. For me, emotional situations are fine; emotional manipulation is not. This seems like the worst kind of emotional manipulation.

Enough about my overreaction. Here’s how CBS describes The Briefcase:

Each week, two families have 72 hours to learn details about each other’s challenging circumstances and make the weighty decision of what to do with $101,000. However, what they don’t know is that the family with whom they are considering sharing this financial windfall received an identical briefcase with the same instructions. Throughout their journeys, relationships within both families will be tested and beliefs questioned as they find out what really matters most in their lives, and how much importance they place on values such as love, generosity, compassion and faith.

The show is produced by Biggest Loser creator Dave Broome’s 25/7 Productions and Sony. Broome says in the press release that the show “is an eye-opening look into what matters most in people’s lives, taking the audience on an emotional roller coaster ride with a shocking ending each week. I’ve been incredibly impressed by just how generous Americans are, even with shrinking paychecks and rising debt, when there’s little left to give.”