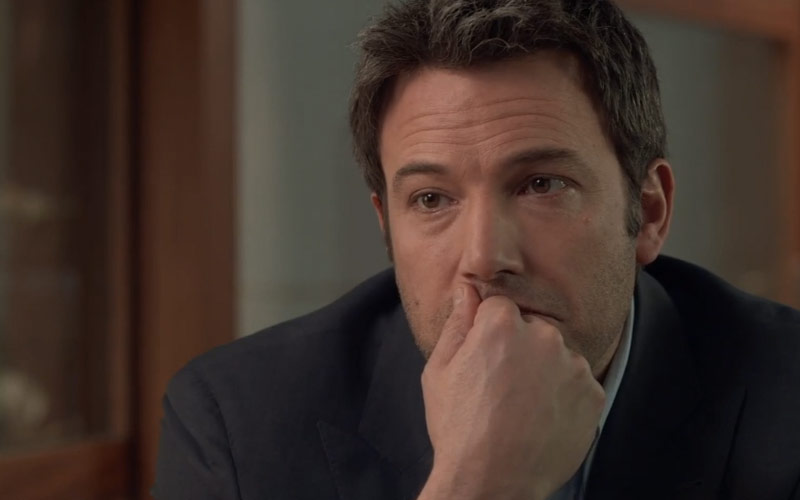 Ben Affleck’s appearance on PBS’ Finding Your Roots with Henry Louis Gates, Jr. last fall didn’t include the revelation that his great, great, great grandfather was a slave owner. Why? Because Affleck asked for it to be edited out. Since that was revealed, PBS has begun an investigation and the Project Greenlight star has posted a statement. His comments have been widely reported as an apology, but they are not.

Instead, they’re something far more interesting: a pretty logical justification for reality TV subjects being participants in their stories.

What happened with Affleck’s Finding Your Roots

The Sony hack e-mail archive included messages between the show’s host and a Sony executive. They revealed that Affleck, referred to not by name but as “a megastar,” wanted changes to the episode. Gates, looking for advice, wrote, “For the first time one of our guests has asked us to edit out something about one of his ancestors – the fact that he owned slaves. […] We’ve never had anyone ever try to censor or edit what we found.”

The final version of the episode did not include reference to the slave-owning ancestor. Last week, Gawker obtained and published the transcripts of the unaired footage:

AFFLECK: God. It gives me kind of a sagging feeling to see, uh, a biological relationship to that. But, you know, there it is, part of our history.

GATES: But consider the irony, uh, in your family line. Your mom went back fighting for the rights of black people in Mississippi, 100 years later. That’s amazing.

When the news first broke that Affleck’s objections had affected the episode, Gates and PBS released statements that PBS’ own ombudsman called “not credible.” Gates said:

“Ultimately, I maintain editorial control on all of my projects and, with my producers, decide what will make for the most compelling program.”

And PBS backed him, saying:

“It is clear from the exchange how seriously Professor Gates takes editorial integrity. He has told us that after reviewing approximately ten hours of footage for the episode, he and his producers made an independent editorial judgment to choose the most compelling narrative. The range and depth of the stories on Finding Your Roots speak for themselves.”

Now, though, PBS is investigating. In a new statement, PBS said:

PBS and WNET are conducting an internal review led by our respective programming teams of the circumstances around FINDING YOUR ROOTS episode “Roots of Freedom.”

This matter came to PBS’ attention on Friday morning, April 17th. Professor Gates and his producers immediately responded to our initial questions.

In order to gather the facts to determine whether or not all of PBS’ editorial standards were observed, on Saturday, April 18th, we began an internal review. We have been moving forward deliberately yet swiftly to conduct this review.

Ben Affleck admits he “was embarrassed”

“I didn’t want any television show about my family to include a guy who owned slaves. I was embarrassed. The very thought left a bad taste in my mouth.

Skip decided what went into the show. I lobbied him the same way I lobby directors about what takes of mine I think they should use. This is the collaborative creative process. Skip agreed with me on the slave owner but made other choices I disagreed with. In the end, it’s his show and I knew that going in. I’m proud to be his friend and proud to have participated.

It’s important to remember that this isn’t a news program. Finding Your Roots is a show where you voluntarily provide a great deal of information about your family, making you quite vulnerable. The assumption is that they will never be dishonest but they will respect your willingness to participate and not look to include things you think would embarrass your family.”

Thanks for the comments here. To clarify, because I see this story being framed as “censorship” on some sites, when I told Skip I was uneasy about the slave owner, he told me he had not included it in his preliminary cut because there wasn’t much detail – a name and no details, so he wasn’t going with it to begin with. He also told me they would do a book later with a more complete story, and I said I would be happy to participate and talk about the issues more broadly.

I regret my initial thoughts that the issue of slavery not be included in the story. We deserve neither credit nor blame for our ancestors and the degree of interest in this story suggests that we are, as a nation, still grappling with the terrible legacy of slavery. It is an examination well worth continuing. I am glad that my story, however indirectly, will contribute to that discussion. While I don’t like that the guy is an ancestor, I am happy that aspect of our country’s history is being talked about.

The expression of “regret” is nice, though it’s notable that the words “I’m sorry” or “I apologize” do not appear, even though headlines claimed he’d apologized.

While I don’t think we should hide or deny the past, especially awful things, I do appreciate his admissions of regret and of embarrassment. I found Melissa Harris-Perry’s segment about embarrassment and shame and the role it plays regarding racism to be compelling. And I agree with Mary Elizabeth Williams, who wrote, “What’s unfortunate about the whole apparent whitewashing attempt is that it seems quite the opposite of what shows like ‘Finding Your Roots’ can achieve — a tangible, intriguing link to the past via personal experience.”

An argument for collaboration in reality TV

What really stood out to me in Affleck’s comments was this:

“The assumption is that they will never be dishonest but they will respect your willingness to participate and not look to include things you think would embarrass your family.”

What I find there is an interesting argument for a collaborative relationship, one in which participation in unscripted entertainment is more than just about signing over your rights and then being filmed. Instead, it allows the subject to engage with the filmmakers/producers about what ends up on television. 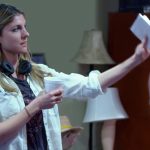 Consider Starz’s The Chair, one of last year’s best unscripted television series. The show gave its two subjects, first-time feature film directors, the ability to watch rough cuts and provide feedback. Their notes weren’t always taken, but they at least could give feedback and make an argument before a national audience started to judge what ended up on screen.

Why should this not be the standard for all reality television?

If primary cast members were able to give notes, for sure some of them might object because they’re unhappy having their own words or behavior reflected back at them. I’m not arguing that producers should cede editorial control to their cast members. Nor am I arguing for the kind of chummy relationship that allows for a subject or source to dictate how they should be portrayed. (Affleck does point out that this isn’t a news program, because news has different standards.)

I’m just arguing that producers should listen and hear them out.

I also recognize that the ethical standards that some producers hold themselves to makes this step unnecessary. The Runner-Up, for example, did not give Clay Aiken any editorial control at all. But that kind of pure documentary/subject relationship that results in an accurate representation is all too rare in the reality television world.

What we have now, though, is a system where the opposite happens. For example, CBS has actively prevented its contestants from discussing anything that doesn’t appear on screen, thereby protecting the distortion and manipulation of reality. They rob their subjects of their dignity and their voice.

Let’s give them a role in the process. Yes, I realize how absurd this suggestion sounds because of the obstacle it might create in the production of many shows, especially those with larger numbers of contestants. They’re already difficult enough to edit without feedback from everyone who appears on screen.

But so what? These are series that earn ratings and rake in cash because of their participants. Is it too much to ask to at least let those people see how they’re going to be portrayed and let them give feedback? Is that truly too much to ask?