Former Survivor cast members are privately saying they’ve been asked to create videos that make a case to viewers about why they should return for Survivor 32.

In other words, the cast of Survivor’s spring 2016 season will be partially or entirely determined by a vote from viewers after they campaign for support. Only those who have played once have been asked, which means no Ruperts, Russells, or Robs; likewise, no winners have been asked.

The Survivor spoiler known as Redmond first revealed this news earlier today, after teasing that this would be a Big Brother-like “America’s Vote.”

The entire Survivor 32 cast, or just some? 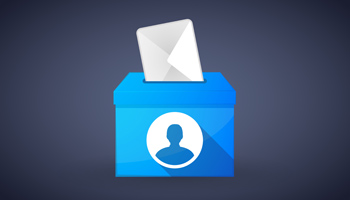 I’ve separately confirmed this, though it is not yet clear to me whether this would be the entire cast or just some people. I have also learned that if plans for this move forward, this vote may take place at some point before the Survivor Worlds Apart finale and reunion.

If the show were to wait to reveal this until the reunion, which would be the most logical time, there would be very little turnaround time for a vote and other logistics.

That’s because the next two seasons will follow roughly the same production schedule as Survivor Philippines and Survivor Caramoan, which filmed in March/April and May/June of 2012, respectively.

Season 31 is currently in production in Cambodia, and reports from that country indicate both seasons’ production will take place between March and July. Thus, season 32 will begin production shortly after Jeff Probst officiates at the live finale, which is likely to be May 20.