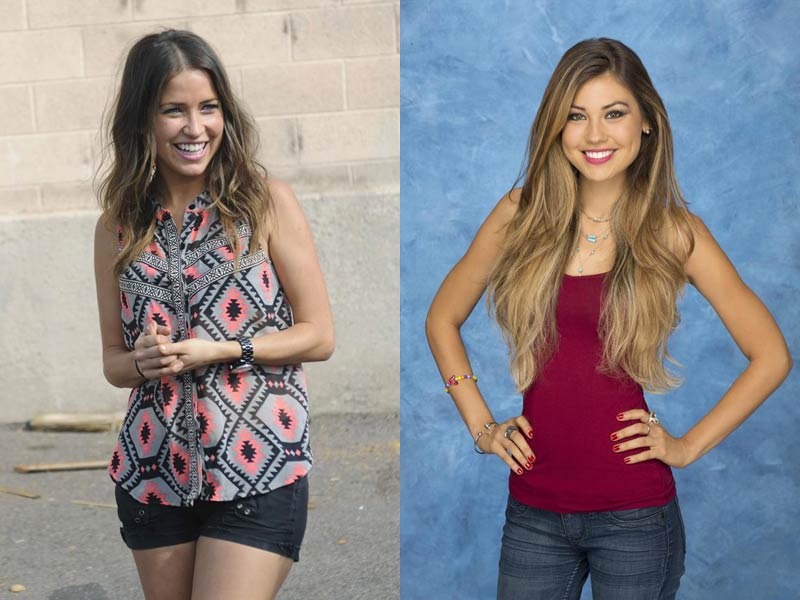 The next Bachelorette will be either Kaitlyn Bristowe or Britt Nilsson. (Photos by Denton Hanna [l] and Craig Sjodin [r]/ABC)

The next Bachelorette will be either Kaitlyn Bristowe or Britt Nilsson, with the male contestants choosing which woman they’d like to compete for, thus giving more power to men on the already sexist exercise that is The Bachelorette. Both Kaitlyn and Britt will appear on the first episode of The Bachelorette‘s 2015 season, which airs this summer and is the 11th season of The Bachelor spin-off.

“We had a really hard time deciding; Bachelor Nation was pretty much split down the middle. Even our staff was completely divided,” Chris Harrison said at the end of the three-hour finale. When he polled the studio audience, they seemed to overwhelmingly prefer Kaitlyn. Chris eventually revealed: “We’re going to have two bachelorettes,” but added “the 25 men, on night one, who are going to have the ultimate say about who they think will make the best wife.”

In other words, not quite two bachelorettes, just a choice between two.

Chris Harrison teased the reveal of this twist as “an unprecedented announcement that will leave everybody speechless” and said it was “unlike anything you’ve seen before.” Not that we can’t trust things that Chris Harrison says, but that’s not at all true: The Bachelor 6’s Byron Velvick was chosen by the women on his season. His eventual relationship ended long after the woman he chose was arrested for domestic violence against him.

A battle to be the next Bachelorette

Low ratings for Andi Dorfman’s boring season, which was so desperate it actually used a contestants’s death to get ratings, led producers to make a change they’ve been teasing. As recently as three days ago, Mike Fleiss tweeted that the bachelorette hadn’t been chosen–which is kind of half true, because that person will be selected when filming starts and they chose two people instead.

Kaitlyn, a 29-year-old dance instructor from Vancouver, was rejected by farm hunk Chris Soules during the fantasy suite episode of The Bachelor for no reason he was able to articulate then or during “The Women Tell All.”

Later, whoever writes Chris’ People recaps wrote something that set her up for her role as the next Bachelorette: “my feelings for the other women were simply stronger. Kaitlyn is beautiful, smart, strong and sensitive. Any man would be lucky to win her heart. I know a lot of people think she should be the next Bachelorette. If she is, there will be some lucky guys pulling up in the limos that first night.”

That unjustified elimination and being wronged by Chris sets her up nicely to continue the franchise this summer.

The other person in the running, Britt Nilsson, is a 27-year-old waitress from Hollywood who cried her way through the season and The Women Tell All, and quit/was sent home before the hometown dates after she was honest about what she thought of Chris’ Iowa hometown.

Reality Steve, who has promised to start revealing cast members tomorrow, says that production will start this week, possibly Wednesday.

If they choose Kaitlyn, the men may have competition from the actor Anna Kendrick, who’s a fan of Kaitlyn’s: