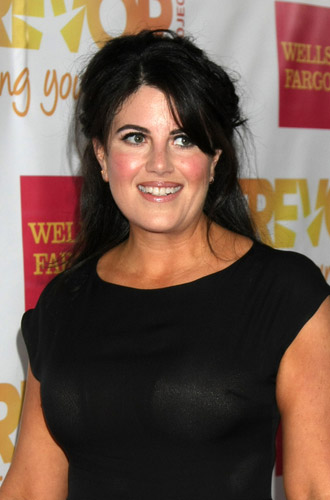 Monica Lewinsky, the one-time host of reality dating competition, delivered a TED Talk recently about shame that indicts reality TV as contributing to a dangerous and damaging culture online.

It’s a must-watch. In part, she says:

“For nearly two decades now, we have slowly been sowing the seeds of shame and public humiliation in our cultural soil, both on- and offline. Gossip websites, paparazzi, reality programming, politics, news outlets and sometimes hackers all traffic in shame. It’s led to desensitization and a permissive environment online which lends itself to trolling, invasion of privacy, and cyberbullying. This shift has created what Professor Nicolaus Mills calls a culture of humiliation.”

It’s interesting to think about that desensitization: it’s been more than 20 years since The Real World debuted and almost 15 since Survivor changed everything. Do we even think of the people on our televisions as real people any more?

Not to make this about me, but in my TEDx Talk two years ago, I suggested watching more reality television but imagining people on the screen as friends. I’m not sure I’m living up to that rather minimal standard; it’s so easy to forget.

A few years ago, I wrote about how reality TV meanness is not bullying. I still agree with what I wrote, though it’s kind of a narrow thought. I don’t think I considered the potential long-term effects of watching that kind of behavior. Even if cast members on some shows are not technically being bullied, that behavior contributes to our desensitization, as Monica says.

Monica’s story is extremely powerful, especially for those of us who remember her public shaming, which came from the president (“that woman”) on down. And that was before social media and the online The conclusion to her talk offers a way of moving forward. The emphasis here is mine:

“We talk a lot about our right to freedom of expression, but we need to talk more about our responsibility to freedom of expression. We all want to be heard, but let’s acknowledge the difference between speaking up with intention and speaking up for attention. The Internet is the superhighway for the id, but online, showing empathy to others benefits us all and helps create a safer and better world. We need to communicate online with compassion, consume news with compassion, and click with compassion.”

Yes, let’s do that. I’ll continue to try to be better. Meanwhile, watch her full talk:

As a predictable but still sad afterward, the talk generated exactly the kind of awfulness she’s describing: TED’s social media editor, Nadia Goodman, wrote about the instant reaction: “As soon as her talk went up on Facebook, in too little time for anyone to have actually watched the 20-minute video, the comment thread was deluged with vitriol and hatred. People called her a slut and a whore, made jokes about sucking dick, and said she deserves the shaming because ‘shaming is an important part of how we shape our culture.'”

Way to make Monica’s point for her. But humanity, as always, offers hope; Goodman says that “The flood of vitriolic comments dried up to a trickle” after people started posting “thoughtful comments.” There is hope for us after all.