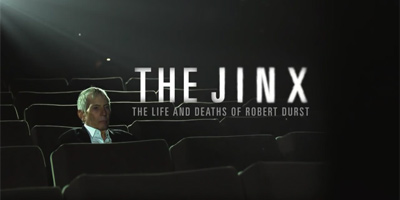 After Sunday’s finale of The Jinx, a lot has been written about the HBO reality/documentary series that contributed to the arrest of Robert Durst this past weekend.

The combination of real-life intrigue and entertaining television program makes it perfect for reporting, think pieces, and reporting on think pieces, like this story.

Of everything I’ve read over the past few days, five stories stand out as must-reads. That’s because they affect our understanding of what we watched on television and what is happening because of the show. They are:

1.Robert Durst’s Confession Is Inadmissible. The stunning final moments of the finale were Durst’s whispered confession that included, “killed them all, of course.” But as far as his guilt is concerned, all that matters is what happens in court. Harvard law professor Noah Feldman runs down the possible ways that confession could be deemed inadmissible, and his conclusion is depressing: “Durst’s statement therefore will almost certainly never reach a jury.”

Counterpoint: Will evidence in Robert Durst trial be ‘Jinxed’? An expert the L.A. Times interviewed thinks a jury will hear the confession.

2. How “The Jinx” Narratively Manipulated Its Viewers. Buzzfeed’s Anne Helen Petersen offers a detailed, sometimes even frame-by-frame analysis of how the finale was constructed to lead us toward certain conclusions.

It’s an impressive work and has fascinating insight. Some of these things I noticed as I watched; others slipped by yet, in retrospect, were clearly influential.

3.Would Robert Durst exist without Andrew Jarecki? Salon’s TV critic Sonia Saraiya makes an argument about “the key to all of Jarecki’s work,” including his documentary Capturing the Friedmans. It’s “an extraordinarily incestuous relationship between the filmmaker and his subject.”

4. Here Are The Questions We Have For The Filmmakers Of “The Jinx.” With Andrew Jarecki and Marc Smerling suddenly deciding to bail on interviews and no longer answer questions, Kate Aurthur runs down what we still want/need to know.

Most of it involves The Jinx‘s timeline, the contradictions between what we know, what the show claimed, and what the filmmakers said before they stopped talking.

5. What It Was Like to Be a Re-Enactor on The Jinx. During our cancelled interview, I was planning to ask Jarecki and Smerling  about their choices as filmmakers, including their decision to use reenactments. The series has slow-motion, stylized recreations of the murders, but also evidence that had been carefully duplicated so it could be represented in a more cinematic way.

This Slate interview with Chelsea Gonzalez, who played Kathie Durst in reenactments, answers some of those questions. Among the insights she offers is that reenactments were filmed over two years and often at Jarecki’s home–and that Kathie’s family and friends sometimes observed filming.