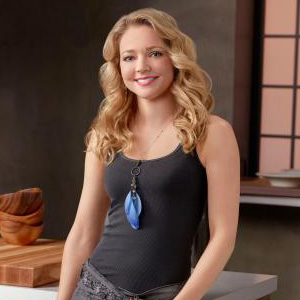 A man has been charged with the murder of Food Network Star cast member Cristie Schoen Codd and her husband, Joseph “JT” Codd.

She was 38 and five months pregnant; her husband was 45. Her Facebook page has public photos, posted last fall, of their wedding.

They were reported missing Sunday, which Food Network Gossip reported on; Tuesday, a man was charged “with two counts of first-degree murder and murder of an unborn child”–and he turns out to be someone who “was a suspect in the disappearance and presumed murder of Zebb Quinn in 2000, a nationally known missing person case,” the Citizen-Times reported.

A statement from the The Buncombe County sheriff said:

That investigation resulted in the arrest of Robert Jason Owens, 36, of 1 Owens Cove Road in Leicester. Owens has been charged with two counts of felony first degree murder, one felony count of breaking or entering, larceny after breaking and entering and free text felony. Owens is currently in the Buncombe County Detention Facility.

Christie was on mentor Alton Brown’s team during season eight, and was the first person eliminated from the competition.