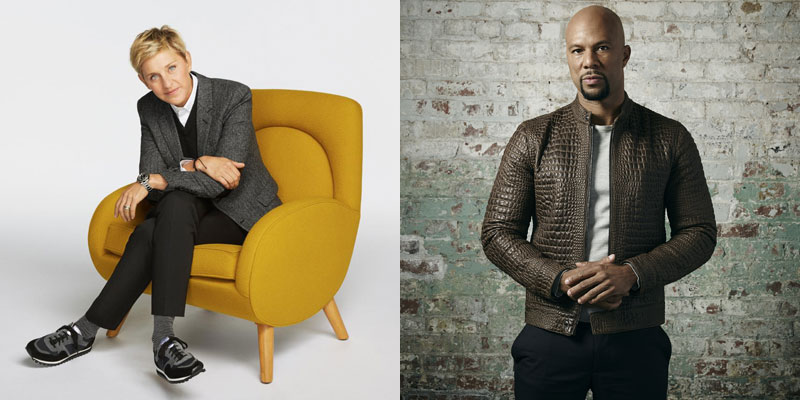 I’ve been watching, with increasing interest, three brand-new talent competitions that all debuted in January. One of them, HGTV’s Ellen’s Furniture Design Challenge, concludes tonight after a short season; Spike’s Framework and Oxygen‘s Street Art Throwdown have more to come.

All three have contestants with a lot of talent, and they’re all producing things that are new to reality TV competitions: furniture and street art/graffiti. They all test their contestants with familiar yet still interesting challenges–say, producing furniture out of recycled materials, or painting the sides of trucks.

All three also have famous-ish hosts, though in Ellen’s case, she’s not actually the host and rarely appears on her show. (More on that momentarily.)

Ellen’s Furniture Design Challenge does not feel like an Ellen DeGeneres show, it feels like Kitchen Nightmares. That’s probably because it has the same producers, A. Smith and Co., and uses the same narrator (which they smartly pulled back from in later episodes).

With all due respect to that person, his voice now automatically makes my bullshit detector kick in. There’s also the same manipulative editing, where reaction shots are clearly used to create tension instead of reflect reality.

Ellen’s standards should have been higher than that, and it does not help that she’s not part of her own show–except a couple times via video and once in person. But even then, she showed up to undercut the competition by predictably saving everyone from elimination. On tonight’s finale, will everyone win, too?

Framework, like other Spike series, has stylistic choices that make watching it feel like you’re being beaten with a 2×4. The editing is frantic and loud, the lighting is dim, and everyone tries to out-dick each other. There’s a greater focus on the personal conflict than the furniture, because Spike. As host, Common is okay. I’m not overly familiar with his usual persona, but here he’s oddly flat, one-dimensional, and robotic. The other judges come across the same way.

All three competitions have judges who can give insightful critiques–which is terrific and is not easy–but all feel like they’re trying very hard to be overly critical and even mean. This is generalizing across three shows and many episodes, but as a whole, the criticism doesn’t always feel in line with the work we’re seeing.

That is, the contestants’ work seems better than the judges make it out to be. Perhaps that’s my untrained eye–what the hell do I know about furniture or street art?–but all three shows offer final products that are easily judged by home viewers. A competition such as Top Chef does not; we can only judge appearance and have to reply on the judges to do the rest.

Street Art Throwdown may edge out the other two as my favorite of the three shows, in part just because street art is so new to television. The challenges tend to include a physical component that mimic some aspect of actual street art, and generally work well. Also, it benefits from its contestants working in a visual medium, because we can see the work come to life.

However, a lot of Justin Bua’s early hosting and critiques has been delivered via voiceovers recorded after the fact, which gives me very little confidence in him as a judge. What’s he actually saying in the moment?

Along with that, the artists have this kind of “fuck this” attitude toward the judging, perhaps because the judges come across as incredibly condescending and they’re not used to having their work critiqued like that.

Ellen’s series has the best set design of the three, and I love the reveal of the furniture on the turntable. The interaction with the carpenters also adds an interesting element of collaboration to the process of creation.

That said, it’s sometimes not clear why the carpenters aren’t contestants, too, since their work is vital to the process and gets critiqued.

Despite their flaws, all three have kept my attention and, best of all, give talented people a chance to show off their impressive work.

After Bravo essentially abandoned the talent show subgenere, and other networks just keep repeating the same show over and over (ahem, Food Network), I’m glad to see new series in this space.