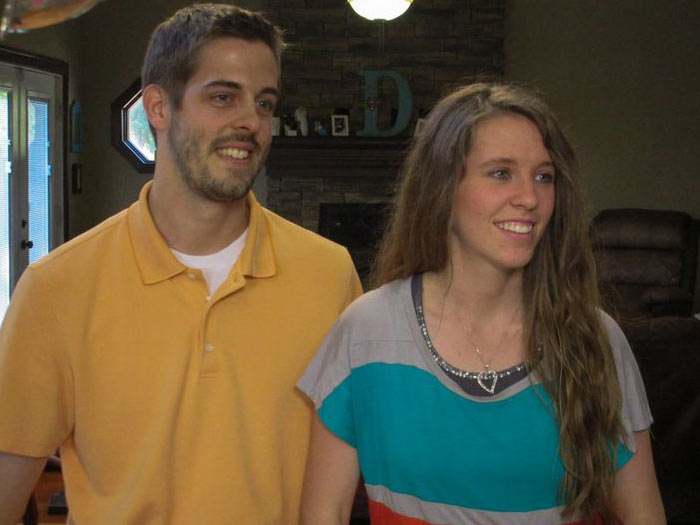 Derrick and Jill Dillard, Duggars on TLC's 19 Kids and Counting. (Photo by TLC)

The Duggars, stars of TLC’s 19 and Counting, which is currently airing its ninth season, are really trying hard to win over people with their warmth. Recently, Michelle Duggar recorded a recorded a bigoted robo call claiming transgendered people were “males with past child predator convictions,” and earlier Jim Bob and Michelle trolled Facebook and then purged the resulting same-sex kiss photos. All this has prompted a petition to get their show cancelled.

Those things may be pretty unpalatable, but next up comes a Duggar–who has a kid on the way, of course–trying to injure a cat while others look on and laugh.

One of the stars of the show is Derrick Dillard, who’s married to Jill Duggar, and it was on his Instagram that this awful video appeared. It captures Derrick sledding on a cookie sheet and aiming for a cat that’s sitting on a snow-covered hill looking the other way. The caption even includes a smiley face: “Sledding with friends and family at the Duggar home :-)” Everyone laughs and laughs as the cat is nearly run over, though it appears to be fine afterwards–at least as fine as any living creature in the presence of the Duggars can be.

As Jezebel perfectly titled their post about this: A Friendly Reminder: The Duggars Are Assholes!

Sledding with friends and family at the Duggar home 🙂 #smallestsled