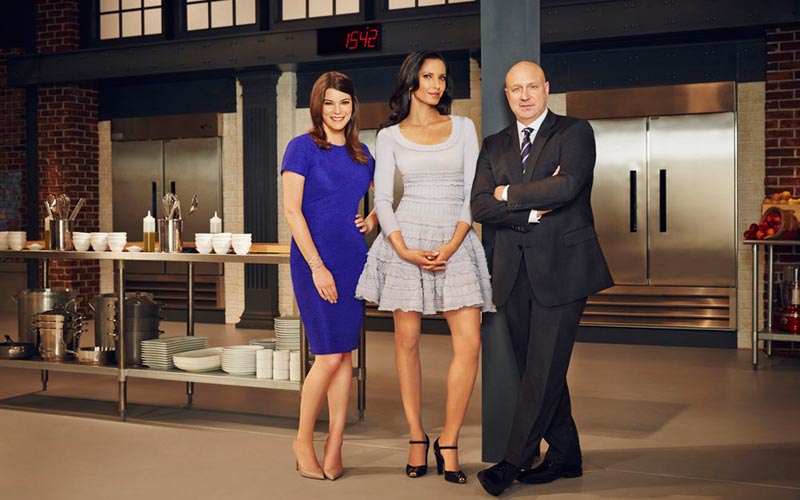 Top Chef Boston actually filmed about 20 miles outside of the city, in Woburn, not in Boston itself. I don’t think this is a huge scandal; it’s just amusing that Top Chef Boston wasn’t headquartered in Boston.

Of course, the show visited locations in and around the city, and Top Chef Boston Suburbs or Top Chef Woburn doesn’t have quite the same ring to it. The chefs did live in the city, in a luxury condo located at 1330 Boylston St. The studio was 14.7 miles away, a 22-minute trip without traffic in Woburn.

The suburb, Woburn, may be best known as the site of groundwater contamination from plants whose workers dumped chemicals right next to a river. Eight families whose kids developed and even died from leukemia sued; the story of that lawsuit was told in a book that was adapted into the John Travolta movie A Civil Action.

The show filmed last summer, and at one offsite shoot at a restaurant in Milton, Mass., faced angry opposition from union members.

In 2013, Top Chef New Orleans filmed at the former Mardi Gras World in New Orleans, a large space in the city on the Missisippi River that was used to build Mardi Gras floats.

Season 11 has now left Boston completely: it’s in San Miguel de Allende, Mexico, continuing its odd tradition of concluding seasons in locations far away from place referenced in the season’s title. Of the three episodes filmed there, tonight is the final one, and the actual finale.