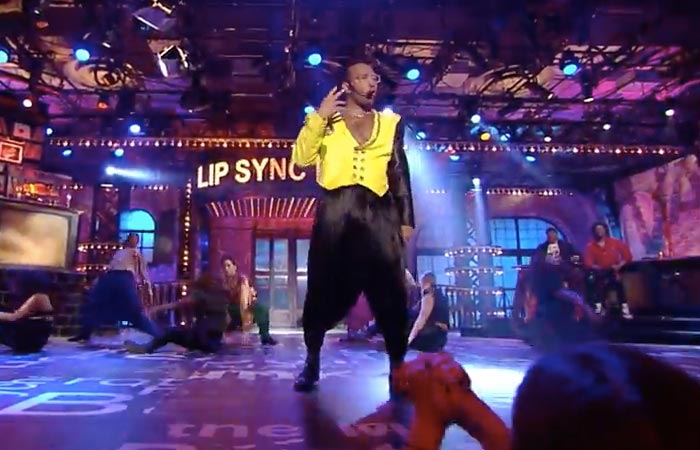 Spike TV’s Lip Sync Battle show filmed its 10 episodes in January, and now we have our first glimpse of what a full-on series with celebrities lip-syncing looks like–and what’s there is pretty damn cool.

The show takes Jimmy Fallon’s bit and turns it into a reality TV competition; it’s produced in part by Fallon along with John Krasinski and Stephen Merchant, who did lip sync battles on Fallon’s show.

The clip reveals that the Lip Sync Battle show takes the bit much further, as is to be expected, with dancers, costumes, and lights turning the lip sync into mini music videos. Though, honestly, when you have performers such as Stephen Merchant and Joseph Gordon Levitt performing like this, I’m not sure all the extras are necessary:

The reality TV competition version debuts April 2 and is hosted by LL Cool J, and the celebrities will be “battling for the coolest bragging rights on the planet”–i.e. there’s no prize or any real stakes.

Here’s how the show “this show is going to bring it to a whole new level,” as LL Cool J promised in the press release announcing the series. It looks fun, but the real question is how this will fill a half-hour episode.