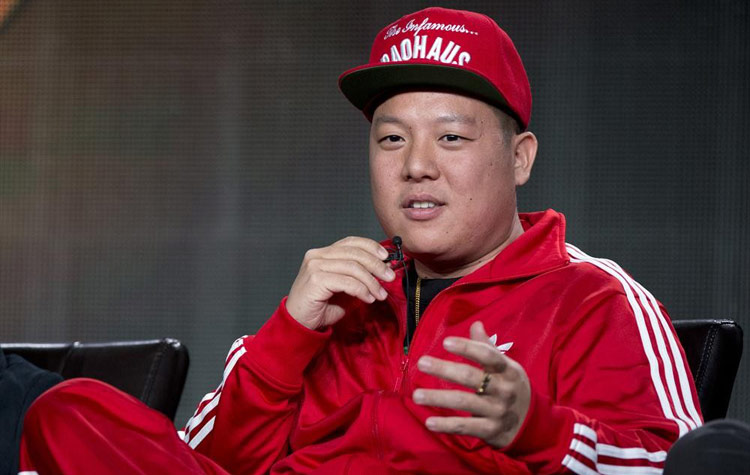 Fresh Off the Boat is based on Eddie Huang's memoir. (Photo by Image Group LA/ABC)

ABC’s sit-com Fresh Off the Boat debuted last night, and became the latest scripted series to find its source material in real life. The series is based on Eddie Huang’s bestselling memoir of the same name, and Huang is also the narrator of the TV show. The show’s opening credits say it was “inspired by the book” and its post-show credits have this interesting disclaimer that acknowledges its combination of truth and fiction:

“Fresh Off the Boat is inspired by true events in the life of Eddie Huang and his immediate family. However, the other characters, names, businesses, and certain locations and events are entirely fictionalized.”

Watching the series be adapted into an ABC series was not without conflict for the chef/owner of Baohaus, who grew up in Orlando. Huang wrote about the process in a fascinating, brutal essay in Vulture last month:

“I began to regret ever selling the book, because Fresh Off the Boat was a very specific narrative about SPECIFIC moments in my life, such as kneeling in a driveway holding buckets of rice overhead or seeing pink nipples for the first time. The network’s approach was to tell a universal, ambiguous, cornstarch story about Asian-Americans resembling moo goo gai pan written by a Persian-American who cut her teeth on race relations writing for Seth MacFarlane.”

But upon seeing a promo for the show during a football game, he eventually reaches some understanding:

“The only way they could even mention some of the stories in the book was by building a Trojan horse and feeding the pathogenic stereotypes that still define us to a lot of American cyclope. Randall was neutered, Constance was exoticized, and Young Eddie was urbanized so that the viewers got their mise-en-place. People watching these channels have never seen us, and the network’s approach to pacifying them is to say we’re all the same. Sell them pasteurized network television with East Asian faces until they wake up intolerant of their own lactose, and hit ’em with the soy.”

For a network sitcom pilot, it’s good and has potential, particularly in its strong cast. But it definitely feels “cornstarch” and like “pasteurized network television,” the kind of show that fits perfectly next to Modern Family.

Whether it’s scripted or unscripted, the process of making television strips out reality and presents a version that someone, somewhere thinks is what the rest of us want. At least here, those who want a more unfiltered version can read the book.