Yes, there will be a Top Model cycle 22, with women and men

America’s Next Top Model cycle 22 will happen this year, though The CW hasn’t yet officially announced its return. Despite announcing the return of eight of its scripted series today, the network said nothing of its marquee reality franchise, but the network’s president later confirmed its future is not in jeopardy. The series’ format will remain the same: female and male models competing to be judged by Tyra Banks. 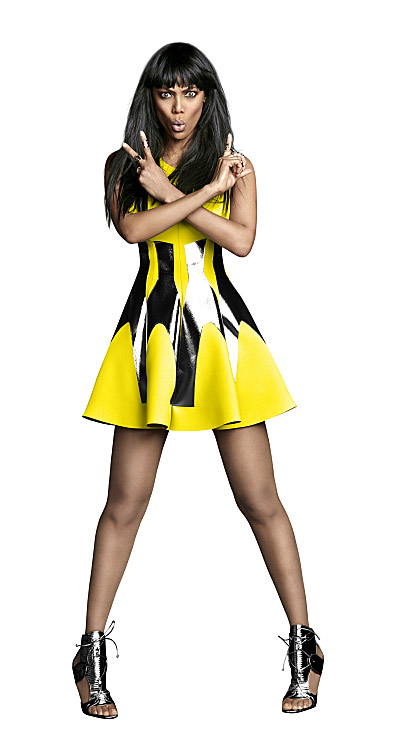 The CW President Mark Pedowitz confirmed the show will return during a press conference at the winter TCAs today, though he doesn’t come across as being incredibly enthusiastic about the series, at least in terms of its television ratings:

“It’s coming back. I think the announcement is coming back for Cycle 22. It will be very similar in terms of the men and women being recruited to appear. It’s not what it was in the initial ratings, but it performs for us. It performs phenomenally well digitally for us. It’s still a strong audience. It’s worked well for what we wanted to do for late summer into early fall viewing.”

In other words: it fills a timeslot, does okay, and gets a lot of attention online, so Tyra can stick around, though of course she doesn’t have to answer any questions.

Also coming back to The CW: Masters of Illusion, the variety-style show with magicians, and Penn and Teller: Fool Us. The latter is remarkable because The CW’s broadcast of the show last summer was actually just a re-broadcast of a three-year-old UK series, so this means they’ll be creating brand-new episodes.

Pedowitz said that producers have yet to figure out where it will tape, either Las Vegas or Los Angeles, and it may or may not include the original host, Jonathan Ross.

Production will begin in April, and Pedowitz said “Everyone was willing to” bring it back, and do it. He also said “they had a great format. I’m not looking to tinker with it too much.”

Previous
If you're going to watch My Husband's Not Gay, read this first