The first skeleton has come and gone on The Real World Skeletons: Alicia bailed to a hotel and then asked producers to fly her home early after brief conflict with Sylvia and more significant conflict with the other cast members. But there are more skeletons to come in this, the 30th season of the MTV series.

I talked to Jonthan Murray, the creator of the franchise that created reality television as we know it. We discussed the ethics of ambushing cast members, the “toxic” environment on the Challenge shows, a multi-million gift that he recently made to support documentary journalism, and the evolution of the show that made me fall in love with reality TV.

Is it ethical to ambush the cast?

After two episodes, it’s clear that the result of the first skeleton wasn’t high drama; the most interesting part to me was the reaction from her housemates, such as Violetta hurling Sylvia’s bedding over the railing and Madison being shunned for befriending Alicia. The producers orchestrated Alicia’s arrival so Sylvia would be in an interview then, but since the show now breaks the fourth wall, they showed that.

Still, Sylvia said Alicia “ambushed” her, and Alicia herself seemed ambushed by the situation, shocked at how she was treated. I asked Jon Murray if it’s ethical to ambush cast members with people from their lives, past or present. 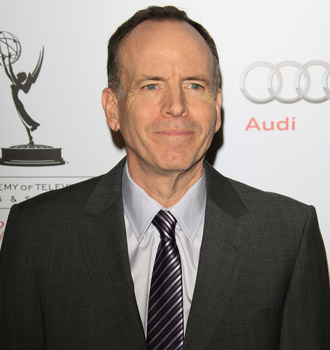 “I think it is. I think the people coming on The Real World know now that it’s more than just seven people living together. We saw that immediately, and we show it, that they’re speculating on what might be going to happen this season. I think they know coming into it,” he said.

Murray said “we explore all these issues in the casting process. They know that we check in with a lot of people from their pasts because we ask questions about those people in their final interviews, quoting some of those people.”

He also told me that “in the case of Real World, the cast members are very much aware at this point that when they come on The Real World, it’s not just about partying and having fun, they’re going to be pushed to look at aspects of their life and examine them, and we’re going to bring in some outside stimulation to make that happen.”

Will someone get killed?

At one point, Violetta suggests that if her enemy moves in, “there will be a murder in this house.” That’s not dissimilar to the reaction I had when this season was announced. Murray told me, “as a reality producer, that’s the kind of reation you want, you want it to be verbal. She was being very dramatic, expressing–it was so funny because at the same time, she was going, ‘I wonder if I’m going to be next, I’m sort of excited, it’s going to be my turn.’ I think it was both dread and anticipation at the same time.”

“Based on our knowledge of her, and all the background check that we do, and all of the psych check that they have to go to, we were not worried when she said that at all. We knew she was just being colorful in her descriptions,” he said.

This cast, like those of many recent seasons, seems to shout first and have rational discussions later.

Who am I kidding: they don’t do that. They drink, screw, yell, and repeat the cycle. Good for them.

Noting that I am still nostalgic for early Real World, when people didn’t seem so explosive (even though there were fights!), I asked Murray if this is about casting or just the way the kids are these days.

“We cast people who aren’t afraid to express their opinion and defend it. We don’t cast milquetoast. They are very loud in how they express themselves. They know that we don’t want physical confrontation; we want to keep it verbal. But at the same time we’ve always wanted them to solve their issues with each other,” he told me.

“Over the course of this season, this group does occasionally get physical with each other, just like any group of young people, but at the same time, they worked out those issues with themselves,” he said. “Because of our background checking and psych checking, we felt pretty safe with this group of people.”

The “toxic” and “dangerous” Challenges

Last year, Susie Meister wrote a scathing critique of the Challenges, and I read these excerpts from the essay to Murray. All of them described the show: “sanctioned violence and produced sexuality,” “how hostile the atmosphere could be for women,” “behavior was still aggressive and unwelcome,” “how dangerous the environment was.”

His reaction: “All I can base it on is what I’m seeing at The Challenge. Again, we go through a background check, a psych check. We’re usually pretty comfortable with them going into it. When we feel we need to intervene to send someone home, we do. Someone gets sent home this season because of actions they take, and in fact, it’s a woman, not a guy. We’re always aware of that, and we try to, with our selection of the people with our approach to it, make sure it’s a safe environment. It doesn’t mean that sometimes people act in ways we don’t want them to. Most of the time, they don’t go to a point that worries us, but occasionally if someone does, then we take appropriate action.”

Susie describes her “relationship with the show as an abusive one” because she says she keeps returning, and when I mentioned that part of her essay, Jon Murray said, “We have no trouble getting people to do The Challenge. I actually think The Challenge is, if you’ve seen it over the years, you’ve seen that it’s a real mixture of people. There’s all races, there’s gays and lesbians involved in it, and overall, I actually think, as a group of people, they get along better than a lot of parts of our broader society. As a group, they are much more tolerant and much more celebratory in terms of their interactions with other people.”

Season 29 introduced a new look and feel, including dumping the “This is the true story…” intro and also shattering the fourth wall by showing camera operators and interactions with producers regularly.

“A lot had happened in reality TV, and we looked at everything that had happen, and we decided to make some changes that we throught would improve the show,” Murray told me. “Some of the approaches are much more scripted, much more produced than The Real World is, and in pulling back the curtain a little and showing the cameras, we wanted to show the realness of the real world. We don’t tell our cast members what to say. Other than choosing our seven individuals for diversity, and maybe having a theme to the season where we’re going to surprise them with some stuff, we’re not producing it, we’re not starting with a script or an outline.”

He said that they decided to “be more honest about the show was made was not a bad thing.” Here’s the part that made me sad, mostly because he’s so right: “Just the idea of putting seven diverse people in a house together, in today’s reality TV world, that almost felt…” Murray paused. “…a little old-fashioned.”

The possibility of the show’s end

Ratings had been diminishing for The Real World in recent years. “Clearly the audience had faded a little for the show,” Murray said. “We looked for something we could do that would give us a new way and maybe a louder way to explore some of the usual things we like to explore about being 21 to 25.”

When I asked if he thought that season 29 might have been the last had the twist and changes not paid off, he said, “In some ways, no one thought we’d come back [after] the first season. And certainly for the first five or six seasons, I always was shocked that we got to come back. The competitive landscape has changed. There’s so much reality competition now.” Thus, they tried to “give our viewers something fresh and give them more reasons to watch.” He also said, “Could 29 or 28 have been its last season? Possibly.”

Last year, Murray gave $6.7 million to the University of Missouri to create a documentary journalism program. He said he’s been involved in “great meetings” including one in August “where we had 10 or 12 great documentarians as well as some professors and other people who were interested in the program.”

He said “they just picked the first class that will start in the fall, and they’re really excited about those first students.”

“As documentary has really changed over the past 10 years and has evolved, and perhaps it has been somewhat influenced by reality television, so it’s an interesting time for documentary,” he said. “I think teaching it at a school like University of Missouri where there’s a core of ethics being taught, and some of the other courses like that, I think it’s a good basis as you being to explore what you can do with the documentary form or long-form storytelling.”

What’s next at Bunim-Murray

When I asked about future shows, Murray couldn’t talk specifically about future projects that haven’t been announced by their networks. He said, “I’d still like to make one of those big reality shows that could go around the world in format, but at the same time, I’m very excited about trying to make shows that explore things that aren’t currently on TV.”

Specifically, he mentioned “going into these microcosms of America, groups of people that maybe haven’t been reflected in television, either scripted or unscripted. That excites me. Going back to the initial idea of The Real World, it’s about putting seven diverse people together who normally wouldn’t live together. That part of reality television has always excited me, this idea of the social experiment, or bringing to television people who normally wouldn’t get seen, or dealing with issues or ideas that normally don’t get explored. At this point in my career, that kind of stuff really excites me.”

Me too. I used to see that on a show called The Real World.