So You Think You Can Dance judge Mary Murphy has been fired from the show, exiting as a judge for the second time. The 12th season, which has a new stage versus street format, is starting its auditions Jan. 24. 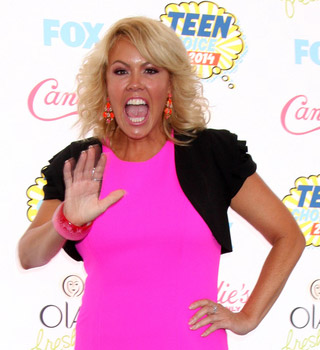 Mary Murphy will no longer be a So You Think You Can Dance judge. (Photo by Helga Esteb / Shutterstock)

Mary Murphy’s exit from the series was not her idea. She wrote on Twitter, “I was still on contract I would never leave. I loved it so much.”

In a statement to the media, signed “The Conductor of the Hot Tamale Train,” she says, “I’m saddened of course to be released from my contract. I’m very grateful and proud to have been part of such an extraordinary television show, So You Think You Can Dance, for 11 seasons. I’m sure there wasn’t a person watching that didn’t know I loved what I did!!”

She also thanks “the dancers and choreographers who inspired and enriched my life every week,” and mentions producers “James Breen, Jeff Thacker, and Nigel Lythgoe” by name.

During the show’s seventh season, Mary was replaced by Mia Michaels as a judge and instead became part of the pool of choreographers and a guest judge (she talked to me about that), but she was never used, appearing only during the auditions. She returned as a full-time judge in season eight.

A joint statement from Fox and the show’s producers, 19 Entertainment and Dick Clark Productions, glossed over that they let her go, of course. It said Mary “will always be part of our Dance family and we wish her continued success.” Yes, part of the family who’s no longer allowed to show up any more.

What seems clear between this and the format change is that the show is changing, which it desperately needed to do. I’m not sure dumping Mary Murphy changes things beyond alienating those who liked her judging, but I look forward to seeing what else Fox and the producers will do to try to save/reinvent the series.