After firing judge Mary Murphy, So You Think You Can Dance has officially hired past guest judges Paula Abdul and Jason Derulo as its two new permanent judges. 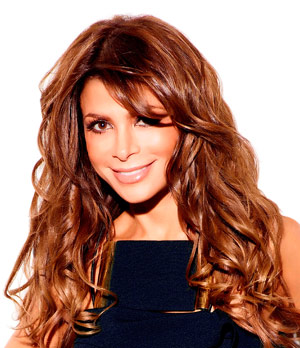 Paula Abdul will be back on Fox, this time as a judge on So You Think You Can Dance. (Photo by Nino Munoz/FOX)

In a press release, returning judge Nigel Lythgoe called this “a new and exciting panel of judges,” which isn’t quite true since he’s still on it. He called Paula “an incredible artist and she brings the perfect combination of expertise and heart to the panel. Jason’s insight, humor and creativity will add a new perspective to the panel that we haven’t had before.”

This comes 10 years after Paula quit SYTYCD, having been hired for the new Fox show in “a special role.”  She guest judged in 2013, and last spring, joined the new Australian version of the show, a clip of which is below. Previously, Paula was fired from Fox’s The X Factor after judging its first season.

So why is Fox getting back into business with her? Fox’s new executives seem to have an inexplicable attraction to bringing back American Idol talent circa 2002. Last week, at TCA, Gary Newman told a scrum of reporters, “Paula has an amazing personality from all those years on Idol and in particular, America always loved her. She brings an tremendous amount of credibility to the dance world and that’s what you’re looking for in a judge, to be credible and entertaining.”

Okay then. I guess there’s just a super-limited pool of “credible and entertaining” guest judges from So You Think You Can Dance‘s history who might have made good permanent judges?

Anyway, also last week, during their executive session, Dana Walden and Newman bent over backwards to compliment Simon Cowell, who appears to be on the verge of returning to the network in some way. Newman said:

“We have a tremendous amount of respect for him. We really have never had a chance to work with him in the past, but he is someone we’ve always admired. Simon, I think, has a reputation for being able to find stars. He’s a tremendous talent magnet. So we have nothing to announce at the moment, but we like Simon very much and would love to be in business with him.”

“He’s also a great showman. So when we talk about the direction that we are trying to take the brand and trying to bring that showmanship back to the network, he felt like a person epitomized that showmanship — and his shows work so well around the world. It’s been, actually, very interesting and engaging spending time with him.”

Here’s Paula Abdul crying, which is similar to my reaction about all of this: