Friends to Lovers? and Work Out cast member Greg Plitt, 37, was killed Saturday afternoon. He’s the second cast member from Work Out series to die. 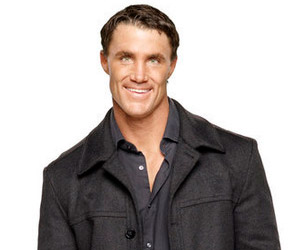 He was hit by a train in Burbank and was apparently filming with his own camera when he died. Burbank police told People that it “appears to be an accident” and “does not appear to be a suicide. A camera was seized as evidence but it’s unclear who it belongs to — the victim or a witness. From the sound of it, he was filming something, but I can tell you that no filming permit had been issued.”

Greg appears on Bravo’s new Friends to Lovers?, which follows friends who try to start dating on camera. Greg’s friend is Melanie Marden, and Bravo’s bio says they “had an instant connection due to their love of fitness and similar careers” and “trained for competitions together and often ran in the same circle of friends.”

Earlier, Greg revealed he was cast for Work Out, a show that showed trainers working at a gym, and later detailed how contrived and set-up it was. After three seasons of the show, it came back for one season with him as its star and without Jackie Warner.

The first person from the Bravo series to die was Doug Blasdell, who died in 2007 at Desperate Housewives creator Mark Cherry’s house. The show was still on the air and relentlessly teased the episode about his death.