After just over a year at Fox, Simon Andrae is out as its reality TV executive, and former ABC executive Corie Henson is in as executive vice president of alternative entertainment.

A Fox press release said that Andrae–who came from Discovery and was hired to replace Mike Darnell, if that’s even possible–now “transitions into a new producing role.” You might blame this on Utopia, but this morning, new Fox chair and CEOs Dana Walden and Gary Newman defended the show. Newman said:

“We’ve always encouraged our team at the studio over the years to take big bold swings, not to be afraid of failure. And while we weren’t any part of the decision to do Utopia, I have respect for the fact it was a big swing, an attempt to do something different and to try to have a game changer. It didn’t work out. It wasn’t for a lack of effort. John deMol, our executive producer, and our team at FOX worked very hard on it. They tried different things during its time on the air to try to create more urgency for that show. I think that was one of the problems with it. There just was a lack of urgency without any scheduled eliminations or contests. But it was an admirable effort, and it just didn’t work out.” 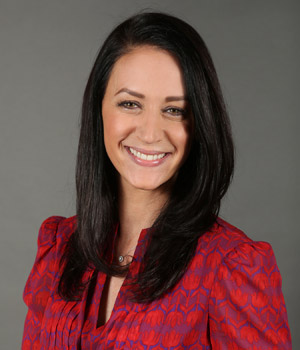 Henson was at Electus, where she oversaw reality television, including NBC’s Running Wild with Bear Grylls and Pop’s Breaking Greenville, and before that, was a VP at ABC, where she oversaw production for Shark Tank and Dancing with the Stars, among other series.

At ABC, while working on The Glass House, she was part of the group CBS threatened, sued and later settled with, because she’d previously worked on Big Brother as a producer.

Newman and Walden’s press release quote said “Corie has the perfect combination of broadcast and producing experience to help us move our unscripted brand forward” because she “clearly knows what it’s like to be on the creative side of the business, but also has a proven track record of developing and shepherding big, broad network hits.”