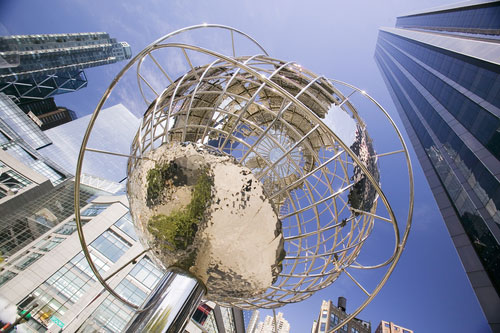 In this edition of Ask Andy: Answers to your reality TV questions about The Celebrity Apprentice cast’s hotel and schedule, and CBS’ use of returning contestants on Survivor, The Amazing Race, and Big Brother.

Project Runway puts their contestants up in various lofts around NYC. Where do the Celebrity Apprentice celebs stay while they are filming? Are they penned up, or are they on their own? Do they film steadily, or is the shooting done around everyone’s schedules? —Angela

Part of the last question has been answered in the show itself. Like most competition series, it films non-stop over several weeks. While I’m sure there’s schedule coordination between potential and actual contestants, there are sometimes still conflicts. Apprentice lets its celebrities leave, mostly without any kind of repercussion.

I say “mostly” because in season two, Khloe Kardashian was fired for being absent on a task–or at least, for the reason she was absent. Trump claimed that he didn’t realize she was attending something related to her arrest for DUI, and decided to shame her.

The series is usually transparent about the cast’s absences. On Monday’s second episode–the two episodes, by the way, were so much better than the bloated two-hour episode, and not just because Geraldo was awful–Trump announced that Kenya Moore would be missing during the task because of a prior commitment. That’s pretty consistent and common, and also makes sense, since some of the celebrities may have booked gigs months or years in advance.

As to where the cast lives during production, the celebrities stay in a hotel, most recently the Trump International Hotel, which is also well-known as the location for Tower Heist, the movie. The celebrities’ accommodations made tabloid stories when the season taped early last year, thanks to something related to Kate Gosselin and her bodyguard.

Any chance they will stop casting people for other reality shows on Survivor and Amazing Race? And do you think they will stop the trend of bringing back former contestants? —Evelyn

No real chance, I think. As those shows and others such as The Bachelor have proven, there are a lot of advantages to bringing the same people back. Their storylines help to connect otherwise separate seasons, and for better or worse, viewers already know (or love, or hate) them, which means the show doesn’t have to work as hard to establish the character.

Because of that, it makes sense for CBS to use its popular (or allegedly popular) contestants on other shows, as they could bring some of their origin show’s viewers with them. Plus, CBS knows its cast members, has a relationship with them, and has a pretty good idea what they’ll get from them. (See also: Why CBS will keep bringing back contestants you hate.)

However, it does seem that the pendulum has swung back away from the obsession with bringing back former players, which Big Brother also got sucked into; for a while there, it was returnee mania. A few years ago, Jeff Probst said Survivor returnees would be cast “as often as possible,” but now we’re getting two back-to-back seasons of newbies, because an all-new cast proved that they can deliver.

I imagine the reliance on returnees will come in waves, but for now I’m enjoying the calm.

These questions don’t write themselves

Seriously, I don’t make them up. I’m not that creative. So, help me out. Send me an e-mail message or Facebook note with your questions–or with your corrections or information. Thanks!