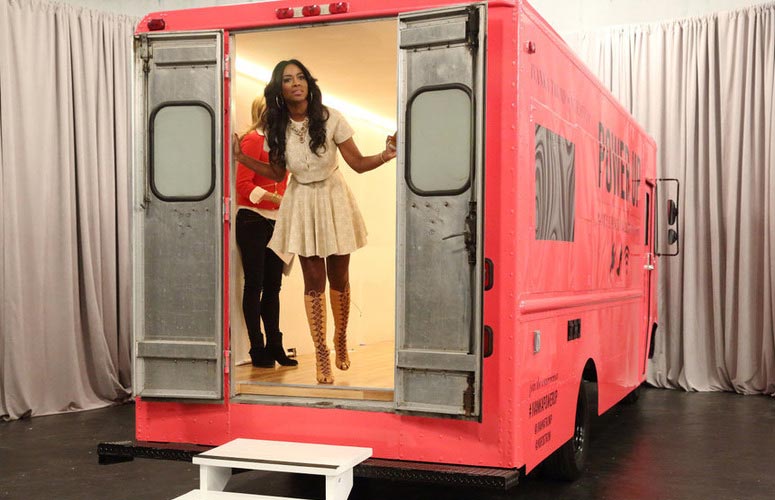 With Kenya and Brandi getting along enough to fake fight in their underwear, and the show’s editing setting up Geraldo as a creative genius, the drama on Celebrity Apprentice kind of flatlined. Joan Rivers had a good line or two, but was barely a presence in the second episode, despite the relentless promotion of her appearance. And most significantly, both firings during last night’s two hour “I Wish I Had a Project Manager” episode were basically quits: neither Shawn Johnson nor Lorenzo Lamas did anything to defend themselves in the boardroom.

Fighting to stay and raise money for your charity, even if you have to try to use Donald Trump logic to do so, is the game, and it’s odd that so few have been willing to play it this season. I wonder if this isn’t of the reasons NBC delayed it and doubled it up.

Of course, every episode doesn’t need explosive fighting to work, and there was still plenty of good television, such as Ian Ziering stepping into insane ego role, though honestly his video was so much better, even if it nearly entirely ignored the product and was a sexist, objectifying nightmare. His team won for that, of course.

There was also Sig Hansen pointing out how the tasks have been stereotypically feminine by saying: “All our tasks have been so feminine lately, I can’t find my penis in the morning.” Alas, after he said that, the Deadliest Catch captain mostly went back to his Purple Kelly edit.

But my favorite parts were all of Geraldo’s one-liners about sex:

Okay, none of those things were about sex. But Geraldo wasn’t alone in his accidental double-entendre:

Okay, so Kenya said most of those things. And yes, this is juvenile. But better to laugh than to be depressed by the episode’s two truckloads full of gender stereotyping. Ha, loads.