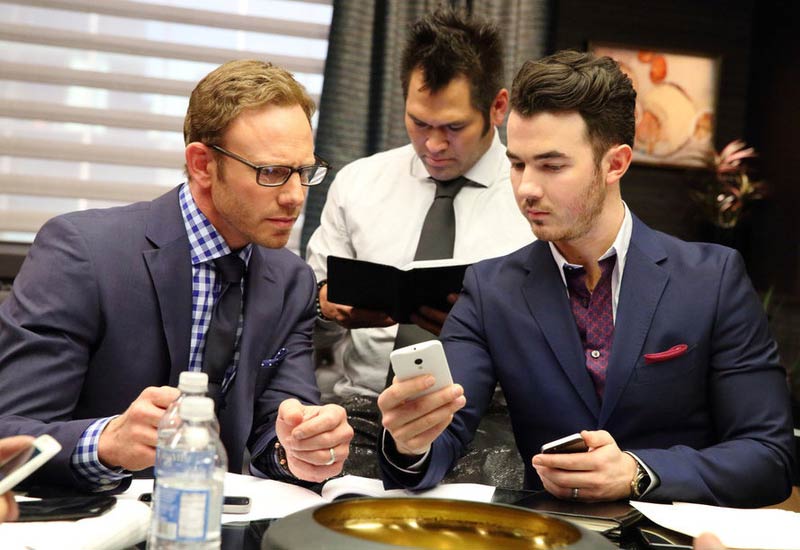 At the start of Celebrity Apprentice, Donald Trump interrupted his droning on to ask if there were questions, and Gilbert Gottfried asked why they were standing outside in the freezing cold. Such a terrific moment, and one that Donald Trump stomped on by suggesting the cold meant global warming doesn’t exist, because Donald Trump doesn’t understand the difference between weather and climate.

Like that moment, Celebrity Apprentice began with so much hope, and devolved so quickly.

I’ve been looking forward to its return, and for HitFix, explained why it still works so well as a series and competition for me. The intro of the cast made the season full of so much possibility, since they are such a wonderfully bizarre collection of celebrities.

Yet they had so little to do in the first episode. The first challenge was a big misstep, I think, though it was a version of what the show usually does. NPR’s Linda Holmes made a compelling argument that the series is past its time because it has devolved into a show that is just about “who you know.” I agree that these call-donor tasks are the worst part of Celebrity Apprentice, but the other challenges usually deliver so great I’m willing to forgive.

Perhaps the most noteworthy thing about it was also the most awkward: repeated references to Bill Cosby, who Keshia Knight Pulliam did not ask for a donation. The show was filmed early last year, years after Cosby was accused of sexual assault but well before this fall’s repeated revelations by so many women that they’d been drugged and assaulted by him (including Janice Dickinson), which finally led to his downfall.

Since the lack of a donation became an issue for Keshia and essentially was the reason she was fired (her nominees for eviction were based on their lack of fundraising, and she didn’t do that well herself), I can understand why all the Cosby references weren’t edited out. I also don’t really think the show should have just erased the references, pretending they didn’t happen, but the total lack of acknowledgement of this past year’s events was unsettling, too.

The boardroom also had too much of the tired parts of the series, like Trump’s always-stupid question about whether or not a team thinks they did better than the other team, even though they have no real knowledge of the other team’s work. Ditto for Piers Morgan’s grandstanding. It was all filler.

How odd that NBC is going to essentially burn through this season–two episodes a week, back to back, for six weeks–yet started with a drawn-out, bloated, unnecessarily long two-hour premiere.

Celebrity cast to the rescue

As always, the cast saved the episode, and the cast of celebrities is where the show finds its life.

The wonderfulness started with Geraldo Rivera repeatedly mispronouncing Ian Ziering’s first name, and instead of just apologizing, he tried to write it off as if there was no difference: “eee-an, eye, an.” Ian said, “It’s always been eye-an.” Yes it has, Jairuld-o.

Geraldo was the first project manager, and found a foil in–wait for it–Kevin Jonas. Yes, it was a battle between two egos, and two men who have such a sense of self-importance that one can only hope they learn something from the guy who embraces the fact that his career has been resuscitated by CGI sharks.

Kevin Jonas was a major source of entertainment, and not at all in the way Nick Jonas entertained us last year, because he made even the most innocuous things sound arrogant. He said that he’d tweet to his followers and ask them to come buy pie “and they’re gonna do it”; he told us, as if it was annoying to have to say such an obvious thing, “I’m very socially active.”

Meanwhile Geraldo had posters printed up that had his face twice, once normal sized and once super-sized. Vivica A. Fox crying over the boardroom sniping. Kate Gosselin being called lazy by Brandi Glanville. Incredible! As was basically every moment with Gilbert Gottfried, who is my early favorite–and early favorite to win.

It’s almost enough to forget the boring parts, the casual sexism (so, so much this episode, and not just because the teams are split by sex and the task involved baking), and the stupidity of the host.