Survivor San Juan Del Sur‘s alliance of five fell apart when Jon was blindsided, but at one point they had an incredible plan for the final three that involved two of the five sacrificing themselves.

Jon, Jaclyn, Missy, Baylor, and Natalie decided on this scenario: Jon, Missy, and Natalie were to be the final three, with Jaclyn and Baylor stepping aside to allow their boyfriend and mother, respectively, to potentially win the game. Yes, once again this season, players were planning on giving up something to benefit others.

Jon revealed this plan in his exit interview with Rob Cesternino, telling Rob:

“Our plans were to get down to our five, and then Jaclyn and Baylor had volunteered to kind of sacrifice themselves for Missy and I, and allow Missy, me, and Natalie to be in the final three. That was our plan. Baylor and Jaclyn were going to fall on the sword to give it to Missy and I.”

I cannot decide if this is baffling naive or somewhat strategic. Among other things, there’s no guarantee there will be a final three, so if there was a final two, letting half of a couple volunteer to take fifth place seems dumb. Having both members of a pair at the final three does double their chances of winning, but it also increases the possibility of a split vote, perhaps giving the prize to the third person.

It seems designed to maximize the chance one member of each of the two remaining couples would win. While the Survivor rule book explicitly prohibit any deal to split the prize, blood versus water inherently affects that rule, since a married couple would effectively both benefit from the prize, and it makes sense to think that other pairings would at least mutually benefit from one person winning.

All of the permutations of who would win in what scenario aside, this information does provide a fascinating new lens with which to view some things we’ve seen this season. For example, Jon’s petulant demand that Jaclyn give him credit for big moves and Jon’s constant presumptions that he’d make the finals and Jaclyn wouldn’t both now seem less dickish–assuming Jaclyn agreed to that plan.

And of course, it no longer matters since Baylor, Natalie, and Missy voted Jon out. But how fascinating! And how I wish this would have been something we’d have known all along. 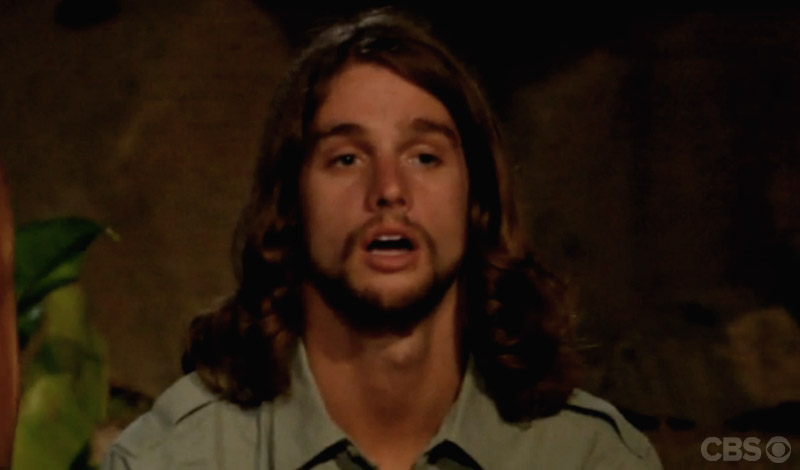 Previous
The Survivor blindside we've been waiting for