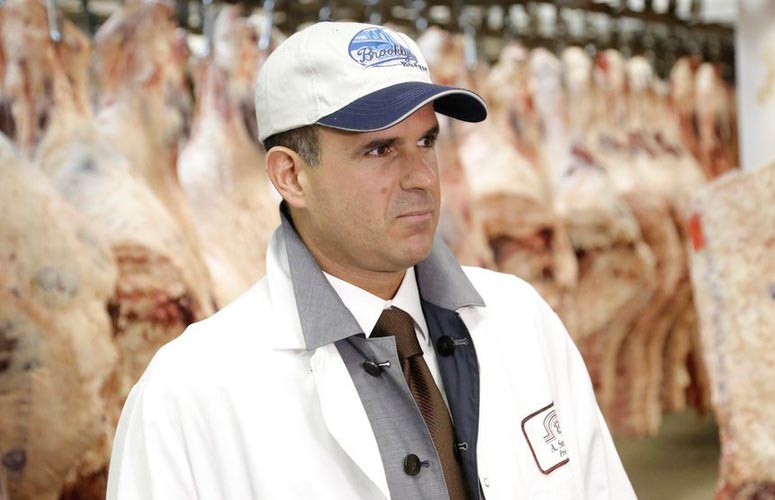 Marcus Lemonis' experience with A. Stein Meat on The Profit resulted in a lawsuit.(Photo by Heidi Gutman/CNBC)

The Profit concluded its third season with an update episode, which was long-awaited because the episodes often feel like they end without true resolution. This isn’t a show where someone goes in, yells, repaints, and leaves; these are real businesses with ongoing investments, so that makes sense, but it doesn’t make for clean narrative arcs on a reality TV show.

I still love the show, and it recovered from a second season that seemed to place more emphasis on drama from the investments, something Marcus previously told me was a result of bad calls he made in terms of the businesses he chose. And there was still lots of drama, including one episode that didn’t have anywhere to go, so its last third was an update on another business, Planet Popcorn, which Marcus went back to and invested in despite bailing on it during season one.

Somewhat disappointingly, the update episode was more recap than update. At their best, the recaps included new numbers with their old footage. Some loose ends were tied up, though, and there were some funny and striking updates.

Best return
Not return on investment, but “I have a receipt and I’d like to return this” return. Marcus said he lost $105,000 on the deal with SkullDuggery, the toy company best remembered for its super-embarassing, super-award pitch meeting with NASCAR, he was able to return the $240,000 3D printer he bought.

Best synergy
Perhaps the most surprising and interesting thing to come out of his investments is smart synergy between the businesses, such as how Mr. Green Tea now makes ice cream for Crumbs, the bakery Marcus saved. In his update on Athans Motors, the car dealership outside of Chicago with the sky ceiling in which Marcus invested $3.5 million, we learned that Pete Athans is a 50/50 partner but no longer working for the company. Marcus has invested $12 million to open new locations nine locations, from which he expects $200 million in sales. Best of all, he said that “over 60 percent of its inventory from 1-800-CAR-CASH,” a car-buying company he invested in and then expanded.

Cutest and most surprising name
Pro-Fit is the gym owned by a couple where the guy was a jerk to his wife, Tina, who’d created a line of protein bars without the gross aftertaste. Marcus invested in her business separately, and those protein bars are now at GNC. They’re called The Profit Protein bar–and I can’t believe I didn’t notice until then that “Pro Fit” is “Profit” with a space. I’m slow.

Twist ending
After highlighting some of the dysfunctional people and businesses he’s interacted with, Marcus said, “every once in a while, difficult people do surprise me.” Then they showed clips from World Wide Trailer Sales, another dysfunctional business with a couple who viciously sparred with one another. But Marcus said “this is a story with a twist–a happy one.” While he didn’t reinvest, the company basically took all his advice by doing things such as moving the business to Georgia. Marcus said the owners “turned a negative into a positive,” the negative presumably being their humiliation on national television.

Most unexpectedly detailed legal disclaimer
The update for A. Stein meats was about how Marcus is suing over their failure to give him Brooklyn Burger, which he bought in order to give the company money to help pay its employees. Marcus said, “seven months later, I still don’t have the burgers that I paid 200 grand for, but what I do have is a very expensive lawsuit.” At the end of the segment, Marcus said the company was foreclosed on and “A. Stein no longer exists.” But while he said that, there was a massive disclaimer on the screen that contradicted him, kind of:

“The lawsuit against A. Stein Meat Products and other defendants is still pending. A Stein and its owners have tried to dismiss the lawsuit. They have stated that they did not promise to sell Brooklyn Burgers to Marcus, and that the $190,000 was a loan. After lenders foreclosed on A. Stein, its assets were sold to another business, who continues in the meat business under the A. Stein name.”

Worst aesthetic choice/nicest spin
The Mr. Green Tea 11,000 square foot facility  was painted in a flourescent lime green, which Marcus said in an interview was “not my first choice.” Meeting the owner, he said, “the color, it’s–it’s not bad.”

Best line and best edit
Andrew Rosenthal, the annoying, abusive owner of LA Dogworks, was shown saying, “Who’s the top dog? Who’s the alpha male? Me” and then the episode cut back to Marcus’ interview/narration, and in what seemed like a very candid moment, Marcus said, “Oh my gosh I hate him.”