The best reality television of 2014

Both December and this year are waning, and that makes this a time of reflection. For me, part of that means thinking about the best reality shows of 2014, the ones that stuck out in my mind as truly special, must-watch television.

The year brought a lot of unexpected pleasures and even a few creatively successful attempts at new types of shows. This list, of course, reflects my taste and interest in well-crafted, high-quality productions that show us something authentic and new. Below it are shows that I couldn’t quite say were the absolute best of the year but that still stood out. (For comparison, here’s last year’s list.)

Before we get to the list: Thanks for a terrific year. I’m grateful for every one of you for reading my thoughts and reporting; for challenging my ideas; and for watching this strange and wonderful genre together.

Starz’s The Chair. Truly flawless, it was an exceptionally produced series about the production of two films, exploring the creative process with its smart twist on an older format. As a bonus, it shattered the fourth wall and also was exquisitely filmed and produced (I desperately want an MP3 of the stunning opening title sequence). Plus, there was Zachary Quinto’s wrath.

ABC’s The Quest. Its producers’ engagement with fans online, which continued long after the show went off the air, was unexpected and over-the-top, but that’s not the reason it’s here. Nor did I include it because politics at ABC killed the series, at least in terms of its ratings. No, it belongs on this list because it successfully surrounded a true reality competition in a fictional world, one that was engaging and focused on all the right details.

OWN’s Lindsay. A meta reality series that became about the production of the series but also showed Lindsay Lohan in ways we’d never seen her before. It’s the kind of celebrity series I wish we’d see instead of the faux sitcom drivel, but it’s also the kind of series that makes it clear why more people don’t expose themselves to that level of scrutiny–and I don’t just mean being chewed out by Oprah. 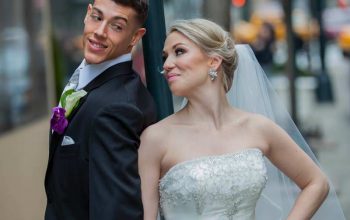 Married at First Sight, FYI. I fell in love with this series because it did such an excellent job of taking a gimmick and turning it into something meaningful, an exploration of relationships that will continue early next year.

Project Runway, Lifetime. I haven’t been this engaged in the show since its early years. It delivered on every level it should have: talent, creative challenges, and drama. Oh, the drama!

Jim Henson’s Creature Shop Challenge, Syfy. I’m sure nostalgia for the Jim Henson of my childhood, not that insulting recent Muppets movie nonsense, plays a role in my love for the competition series. But I also think it smartly evolved the Face Off model in several ways, especially by having the contestants’ work be presented in a mini-production, not just on a stage.

Friday Night Tykes, Esquire. It was important, well-done, and nearly impossible to watch.

Utopia, Fox. The show made a fatal error with its casting that essentially walked the show off a cliff and making recovery impossible. That doesn’t change that it did most everything else right: its online experience, its cinematography using locked-off cameras, its exceptional narrator. It also represented a risk, and reality television needs more risk-taking like this.

House of DVF, E!. I’m still surprised I liked this show so much, since it was basically a hybrid of a documentary about working for DVF and a trashy E! reality series.

Opposite Worlds, Syfy. Another hit or miss attempt at updating the real-time reality competition.

The Taste. Its second season aired earlier in the year and its third just started; it continues to improve, though the two-hour episodes feel very long.

Survivor. A strong spring season was offset by a hit-or-miss fall season. Even in its low moments, though, it’s always watchable.

Some of my favorite stories from 2014

Looking through the past year to consider what I’d include above, these stories stood out as some of my favorites–some were fun to write, some are here because of their content, whether it angered me or filled me with joy. (You can browse all of 2014’s stories.)