It’s Shark Week » Instead of lying about extinct sharks, Shark Week is doing something even more harmful.
home > networks > NBC 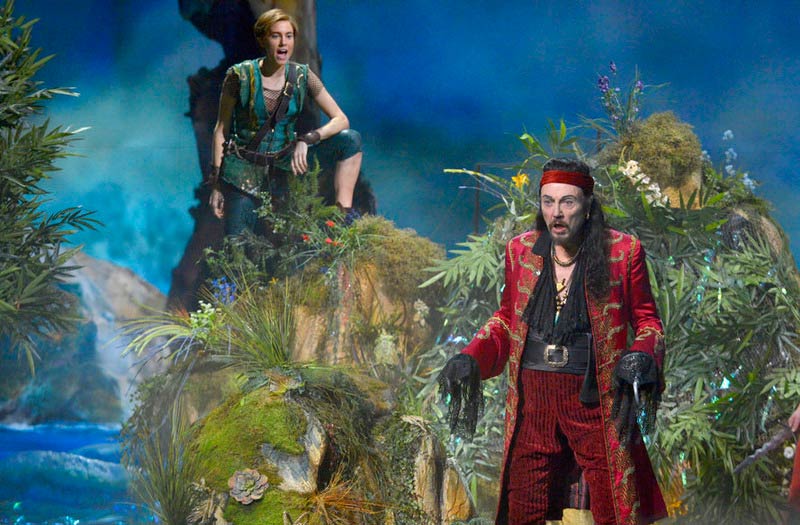 Allison Williams as Peter Pan and Christopher Walken as Captain Hook during a dress rehearsal. (Photo by Virginia Sherwood/NBC)

Last year’s live version of The Sound of Music was a ratings success, so tonight, NBC will air another live musical: Peter Pan.

There are no former reality show contestants headlining this year, but we will, of course, gather ’round the Twitter fire to be warmed by Peter Pan and/or roast it: Follow @realityblurred

To promote the show, last week, NBC aired this behind-the-scenes special produced by NBC News’ Peacock Productions, which most recently produced Skyscraper Live for the Discovery Channel. Honestly, judging by what it actually reveals, the special isn’t very good: It’s very guarded and glossy and basically comes off as an extended infomercial. I guess that’s typical for the “making of” specials that air on premium cable in-between films, but images of set sketches and footage of rehearsal don’t count as meaningful insight. In fact, it’s irritating to see and hear so much that’s basically just what will be on TV tonight, because now it won’t be as surprising.

Why was The Making of Peter Pan not more of an unguarded, raw, uncensored look at the process of constructing the show? Why isn’t this a six-week series leading up to the premiere? Why couldn’t it be a network TV version of The Chair? Perhaps I’m just missing Starz’s weekly televised behind-the-scenes look at films being constructed, but I want this to be that.

And there are hints in the special that it easily could be a fascinating series if it had opened up to actually show instead of tell. There are so many different pressures that this kind of production faces, and so many talented people working to figure out how to make it happen. Also: Christopher Walken.

Of course, using a documentary reality series as a promotional vehicle comes with its own risks, and this is not a production that seemed to want its flaws to be scrutinized (at least not until it airs). When a New York Times reporter visited the set and observed the special effect that creates Peter Pan’s shadow not working, the story flatly reports: “Directors stared at the recalcitrant stage effect, discussing adjustments that remain a mystery: The set was closed to observers minutes later.”

Maybe next year, when NBC does The Music Man, the network will see the value of exposing successes and failures to the world.