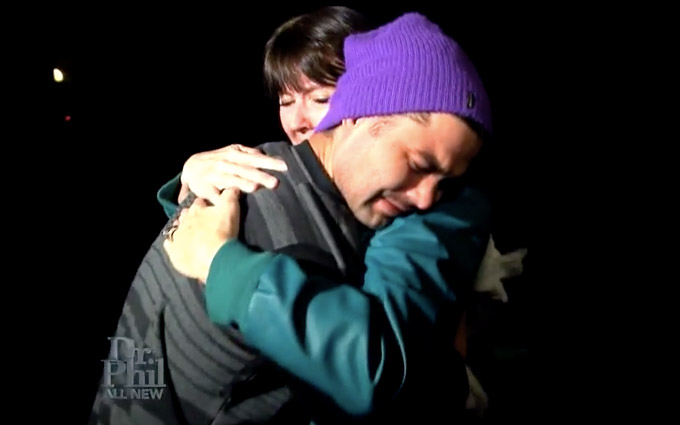 Survivor winner Todd Herzog’s appearance on Dr. Phil last year was disturbing, to say the least; he alcoholism made him barely coherent and barely recognizable. He was drinking 24 gallons of vodka every month.

The show sent him to rehab and he returned months later, sober for 112 days.

As the preview for Thursday’s episode of Dr. Phil makes clear, he has relapsed, slurring his words and, according to Dr. Phil, hallucinating. The description of the preview says that  “Todd’s mother, Shirley, and stepdad, Chuck, say Todd has since fallen off the wagon completely and is now worse than ever.”

Todd will be on both Thursday and Friday’s episodes.

Update, Nov. 11: In a press release announcing Todd’s appearance, a quote from Todd reveals he relapsed two days after his sober appearance: “I know I need help, but I don’t want to admit it. I came back for the 2000th episode and I was 112 days sober. On day 114, I relapsed.”