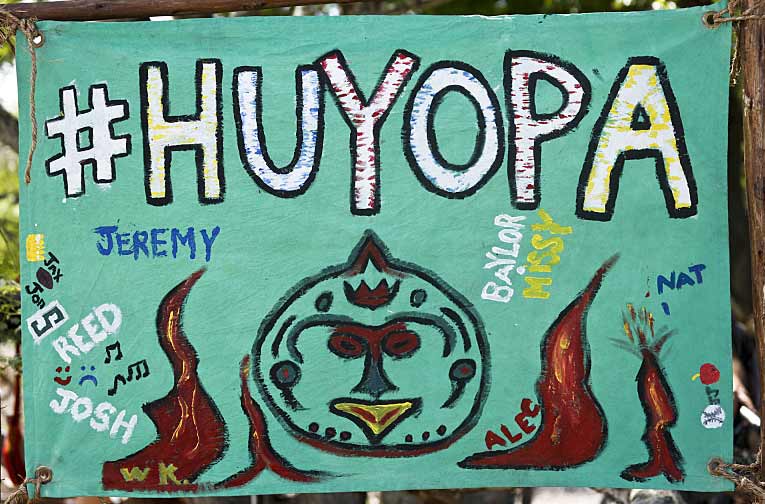 Sometimes the Survivor merge brings an increased intensity of game play and renewed vigor and life for the players and the show itself, as it did last fall during the first Blood vs. Water. Sometimes it means a slump as a dominant tribe picks off the smaller tribe before turning on itself. In the case of San Juan Del Sur, it was neither, because either of those would mean that something interesting was happening.

It’s time to say it: This season is really terrible. That’s okay; Survivor has earned an off season after so many exceptionally strong seasons in a row. It’s just disappointing that it’s not anywhere near the high bar it set for itself. And even when Survivor is bad, it’s not unwatchable. It had its moments, like Keith forgetting his own son’s birthday.

But mostly it was a string of blah: An immunity challenge affected by wind, not skill or stamina. The consequences of the rice swap completely erased by the merge. Trail mix. #Huyopa.

Just when there was less of Jeff Probst, he reappeared to use “quit” as a noun and resurrect his talk show on a log. Twice. “Why do you think you’re judged so quickly?” “It is a quite possibly a million dollar quit for someone else.”

Just when there was hope that the merge would introduce something interesting–and by interesting, I do not mean which side Jon and Jacyln are going to align with, because please–Julie quit for no worthwhile reason. The only coherent thing she said was that these were the “longest three weeks of my life away from the man I love.” She may have just wanted to get out before the jury, so she could go on vacation with John Rocker instead of sticking around to win more money or having to sit on the jury with this group.

Despite everyone’s passive-aggressive treatment response to her hoarding of some trail mix–and their behavior was, to me, far worse than hers, between rifling through her stuff and re-stealing the trail mix, and then refusing to actually say anything to her (at least Alec actually said something)–she was not going to be voted out. If anything, it may have strengthened her position as someone who could be a reliable final-three pawn.

By the way, while the Survivor rule book does not prohibit contestants from looking at each others’ property, it does ban “stealing or misappropriating food.” It only says “private items may not be taken or removed” and only defines the luxury item and “any items given specifically to him or her by the production team” (idols?). Then again, the rule book also says the rules can change, and we’ve certainly seen destruction of both food and private property before, with no consequence for either.

Had Julie not left, Jeremy might have been blindsided, and he might still be next episode. Or the couples might turn on each other, which is what Missy clearly wants to do. There was a significant amount of time dedicated to Missy talking about Baylor trusting her mother, which I hope pays off in either Missy making a terrible move or making a spectacular move and impressing her kid.

But it also may have just been filling time. Speaking of: the finale is December 17. Six episodes to go.