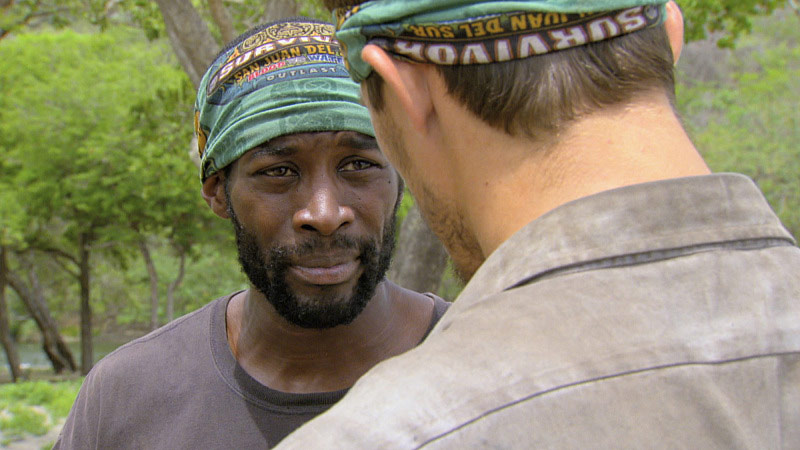 Even 29 seasons in, Survivor continues to offer surprises. This time, they came in the form of baffling behavior: reward challenge trades, pointless lies, and a true blindside. It was also a throwback to earlier seasons when the vote came as a surprise to viewers because very little and/or misleading strategizing was shown.

When Natalie turned to Missy after the vote and said, “What the fuck,” she was essentially speaking for every Survivor San Juan Del Sur viewer. I couldn’t quite believe what happened: Jeremy was literally blindsided by his own alliance–they didn’t return to their old alliance, the new alliance except Natalie just turned on him after making him suffer unnecessarily on Exile Island, where he was swarmed by tiny crabs, which is kind of what happened at Tribal Council.

If there’s anything Jeremy’s time on Exile Island proved, it’s that Survivor is still a significant physical and mental challenge. It must be incredibly difficult to think coherently while suffering that way, and I know it’s easy to judge from my couch, but what the hell.

During the episode, I tweeted that watching this group play Survivor is like watching drunk people stumbling around a dark room. On second thought, I think that’s unfair to the drunk people, because at least they would be moving with some purpose and direction.

Also, I can’t exclude the editing from blame. This season started with really bad editing and while it has improved, this episode included very little strategy or discussion, and was challenge-reward-Exile-challenge-camp scramble-Tribal. So it’s possible on the beach that all this made a lot of sense.

Okay, yes, Jeremy is a legitimate threat. Part of my frustration with his exit is that Jeremy was the few people left who I could root for, and not just because he’d just been majorly screwed over by Jon. Then again, he did that to himself, giving up his reward of a sandwich cruise on a “yacht” (emphasis on the scare quotes, because they were smashed together on the back of a boat) to Jaclyn, following Natalie’s lead of giving up her reward to Jon, which they did to thank them for joining their alliance.

This cast loves to trade things, and they also love to do really dumb things. Perhaps Jeremy and Natalie thought they were still in trouble and gave their rewards as a last-minute effort to save themselves.

The editing, however, focused on Keith and Reed. Without Josh, threatened to adopt the pee-in-the-rice strategy: “I will light this camp on fire on my way out,” he declared. Then he shuffled around camp and went through Keith’s bag. In a moment of introspection, Reed admitted that, watching Survivor, “I hate it when people go through people’s stuff but desperate times call for desperate measures.” They also apparently call for cliches.

Reed discovered that Keith had an idol via the instruction sheet that comes with the idol, which Keith kept instead of burning. Meanwhile, Jon knew that Jeremy wouldn’t find the Exile idol because he’d already found it, but he decided to lie to Jeremy instead of just telling him the truth. He did tell Missy, which as I type those words I’m realizing that may have foreshadowed the vote, with Missy and Baylor joining Jon and Jaclyn and Reed to vote out Jeremy.

My best guess is that Jon, Jaclyn, and company didn’t want to vote for Keith because he could potentially play that idol, and Jon’s fear that Jeremy figured out that Jon had an idol led him to identify Jeremy as even more of a threat than he already is.

But that might be giving them too much credit, because on TV this appeared like drunk stumbling, perhaps due to the drunk editing.

Despite the major WTF ending, it was a pretty solid episode, anchored by two strong challenges: duels on a suspended plank over thick mud, and a first-ever challenge that required the contestants to use their feet, thrilling those of us who like new challenge and those who like feet. Both challenges worked up to dramatic conclusions, and both worked despite Nicaragua being one of the least attractive locations the show has ever used, but at least Nicaragua had the foresight to thunder and rain during a muddy reward challenge.

There are three episodes plus the Dec. 17 finale, including one on Thanksgiving eve, and I’m not sure this season can redeem itself in that time. But I’m also reminded that just a couple years ago we had another season with what seemed like a terrible cast and really appalling behavior that improved significantly in its final weeks (I called that season a “shit sundae” as a result). Come on, drunk people, I know you can do it.