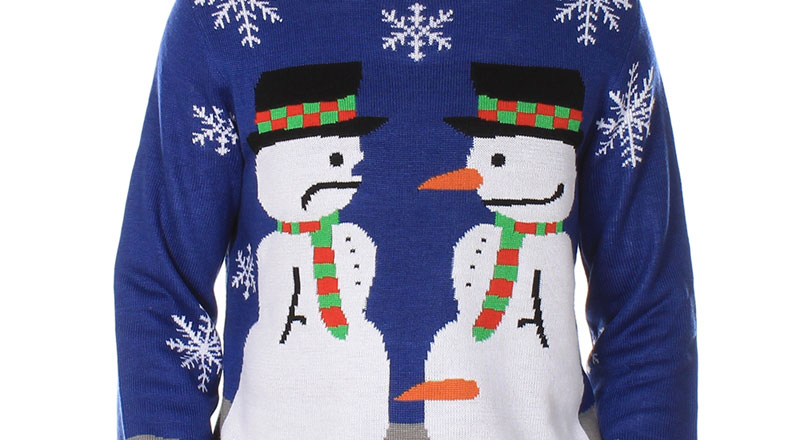 The Frosty the Nose Thief Sweater from Tipsy Elves, which had $750,000 in sales the week after appearing on Shark Tank.

Shark Tank introduced a new shark last night, GoPro founder and billionaire Nick Woodman, the best new addition since Mark Cuban, and also featured a contentious, emotional pitch over a product called Kitchen Safe. But it was an update in the middle of the show that was the most surprising.

The founders of Tipsy Elves, a company best known for its comical ugly Christmas sweaters, revealed that they’re on track to sell $8 million worth of those sweaters and other products this year. (In a summer CNBC interview, the founders were projecting $6 to 7 million, so clearly business has improved.) That’s 10 times as much as they were making before their Dec. 13, 2013, appearance on the ABC series, when Robert Herjavec invested $100,000 for 10 percent of the company, which he called his best deal on the show.

That’s for sweaters that show things such as a snowman with a carrot erection, three-way reindeer sex, and a dead grandma run over by a reindeer. Those are sweaters they make for $11.40 and sell for $65–and after last night’s update, Tipsy Elves is probably going to sell even more. That’s the power of witty clothing, great margins, and Shark Tank.