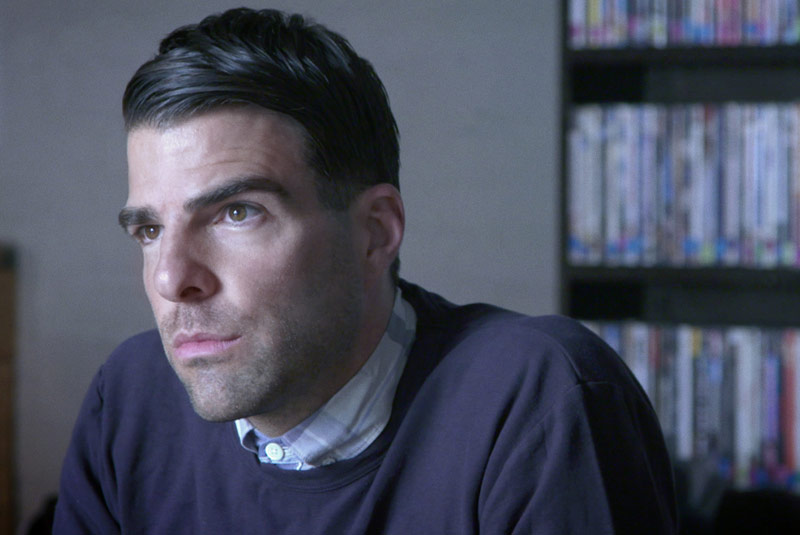 Zachary Quinto on The Chair (Photo by Starz)

On the penultimate episode of The Chair, Zachary Quinto delivered a brutal, withering take-down of Shane Dawson’s movie Not Cool. After screening Anna Martemucci’s film Hollidaysburg, the film and TV show producers talk, and Quinto delivers this monologue:

“When we watched Shane’s movie yesterday, I was depressed for a couple of hours at least. I found it deeply offensive. I’m angry, actually, I’m angry. The fact that $850,000 got put into making something that was so egregiously offensive. And not only the material, but actually the fact that $850,000 was put into making that, it made me angry. And it’s not something in any version, or by any stretch of my imagination, that I can ever put my name on or be associated with. The amount of time that I spent watching Shane’s film I will never get back in my life, and I am resentful of that. …This kid had $850,000 and all he managed to do was make smut. Tasteless.”

When Josh Shader asks him what would happen if Shane’s movie was more succesful financially or if Shane won the $250,000, Zachary Quinto said,

“I wouldn’t be surprised. Maybe it’s a kind of righteous indignation about the fact that I really wouldn’t be fucking surprised.”

Update: Starz now has video of his take-down on its web site.