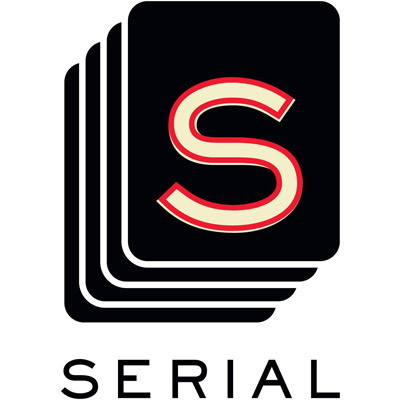 After eight episodes, the podcast Serial has become a phenomenon. The podcast and its latest episode are both at the top of the iTunes podcast charts, and it has inspired everything from a podcast that discusses the podcast to some inevitable backlash.

Produced by This American Life, it is absolutely absorbing and addictive (and, yes, problematic in different ways), and not just because one episode is released every week. Its structure makes it addictive, as the show presents information that keeps us guessing and even second-guessing narrator/producer Sarah Koenig’s theories. The idea for shaping their story in that way actually came from a terrific documentary reality series, The Staircase.

“For this story in particular we had talked about a documentary series by French filmmakers that aired here on The Sundance Channel called The Staircase. It’s about a murder trial in North Carolina where a man was convicted of killing his wife. And the reason we talked about that is because I recognized there was a similar kind of constant shifting in what you think really happened, and so many doubts. There was a feeling I got over the last year of following Sarah’s investigation and just thinking you understand everything and then you find out something else and it colors everything, and then you flip again.”

The Staircase, directed by Jean-Xavier de Lestrade, first aired in 2004; a follow-up aired last year on Sundance broken into two additional episodes. The similarities are very evident, and both series inspire amateur sleuthing and absolute absorption in the cases, which have very different kinds of evidence but evidence that is still maddeningly inconclusive. (It’s on DVD if you missed it.)

For all the talk that Serial is as addictive as high-quality dramas such as True Detective, it’s interesting that it was narrative nonfiction television–reality TV, yes–that its producer keeps citing as inspiration.

What Serial also shares with reality TV is careful, clever, and smart producing and editing. Each episode has its own narrative arc, and while it may be reported in real-time now, it’s clear that its narrator and producers are shaping the story, giving us pieces slowly and deliberately to sustain and ramp up the drama. They’re creating a narrative out of their own work of producing the series; they’re selecting soundbites and using those to craft characters.