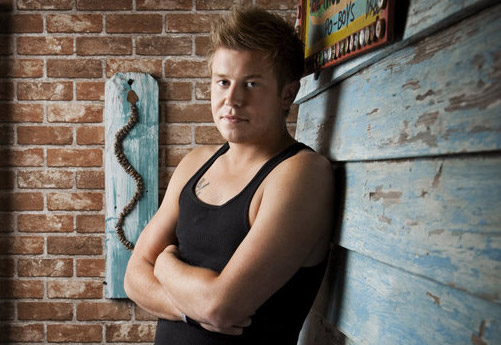 In a statement, the Kenosha Police Department said “there were no obvious signs of injuries.” He was at a friend’s house where someone saw him sleeping before 8 a.m., but just after 10 a.m., someone “discovered that Ryan was unconscious and not breathing.”

The “autopsy did not find ‘any anatomical cause of death.’ The official cause of death will be pending toxicology,” Kenosha police said. The statement also notes that “Ryan had complained of stomach issues the last two days” and that police “Are looking into the death as being medical or accidental.”

Citing “several of Ryan’s friends,” TMZ reports that “he was out partying Wednesday night with a bunch of people” and was discovered by a friend Thursday morning who “said he had choked on his own vomit.”

On Thanksgiving, his cast mates and co-stars tweeted and posted remembrances. MTV said in a generic statement,

“We are saddened to hear the news of the passing of Ryan Knight. Our thoughts and condolences are with his family and friends at this difficult time.”

Knight followed his Real World time with several appearances on The Challenge; MTV collected “his most memorable moments” from both shows, including when he hit Frank during the “Rivals 2” reunion and, in a scene from the actual show, twice threatened to drown his ex-girlfriend, Jemmye, and then used her fear of ketchup against her.