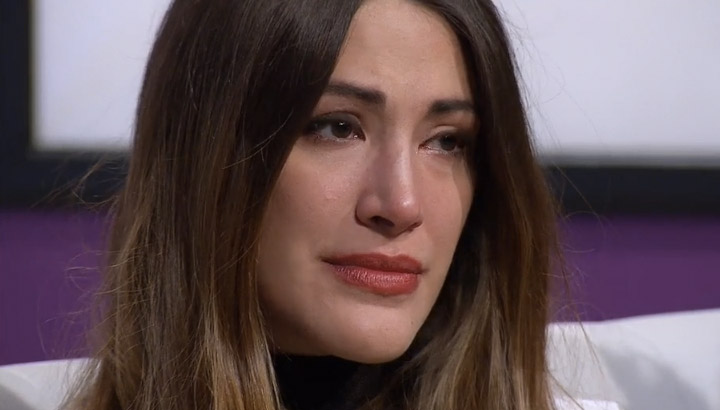 The Project Runway reunion concluded season 13, which I did not want to end. Maybe that’s why it took me six days to watch it. The reunion was scattered and not cohesive, as the judges might say of a collection, but had its moments. During the time it focused on Korina Emmerich and Char Glover’s conflict, it was unexpectedly humanizing. A quick look at the reunion and its drama.

Number of clip packages
6, I think.

Number of clip packages that were worth the time
1 (Korina’s meltdown, of course)

The designers make Sandhya cry again
The group kind of beat up on Sandhya again; it started after she suggested Emily was also being a mean girl, even though Emily was being supportive of her. Even Tim Gunn piled on: “I’m not hearing from the designers any real justification for how you’re feeling. They like you!”

Some viewers are incomprehensible assholes
Korina revealed something truly horrifying about some alleged fans’ behavior: “This has been really difficult. Especially the fact that I’ve been getting e-mails, like, every day, people telling me that I should kill myself.” I don’t know what kind of sick asshole does that to a stranger.

Most passive aggressive thing Tim Gunn said
“There’s some people who believe that you shouldn’t have been in the finale,” he said to Char, while Korina sat a few feet away.

An unexpected friendship
Apparently, Korina and Char were really close, and considering what came later, I wish there’d been more time spent on that earlier in the season. Amanda said they had a “super-close friendship, like genuine, cameras off, sitting on the bed, laughing until one in the morning. Real friendship. To see it break like that is the saddest thing.” Korina said, “This has been really hard. And then Char who has been my closest friend won’t even speak to me. I just cannot wait for this to be over.”

Korina’s surprise
The preview for the reunion made it seem like Korina behaved similarly to the way she did during the season. Instead, I was quite surprised by her self-awareness and honesty. “I did react like a lunatic and I’m sorry for how I reacted, and I told you that, and you didn’t want to accept my apology,” Korina said to Char. Crying, she said, “It’s really difficult, you know, not only seeing what you guys saw but, like, I didn’t fucking like who I was, and I’m trying to apologize, and for somebody to refuse my apology sucks.”

Friends make up
Char initially wasn’t buying any of what Korina was selling, and said something about Korina’s “bad heart.” That hurt Korina even more: “I take so much offense for you saying that I have a bad heart. That’s really a difficult thing for you to say,” she said. Eventually, though, after Korina took a break (she didn’t storm out!) and returned, Char gave her a hug and said, “Hearing you now, I literally just heard you. And I want to tell you: I do accept your apology, and I’m no better than you if I act that way.”

Yes, they even managed to wedge product placement into the reunion
Amanda won $5,000 from Aldo for using its accessories the best.

Most embarrassing moment besides the product placement
The intro and its fake red carpet with fake reporters. I mean, please.

Tim Gunn, I love you
And not just for bringing up The Season of the Vagina again. After the Korina drama concluded, Tim said, “More champagne! All right, everyone. Let’s have a drink.”