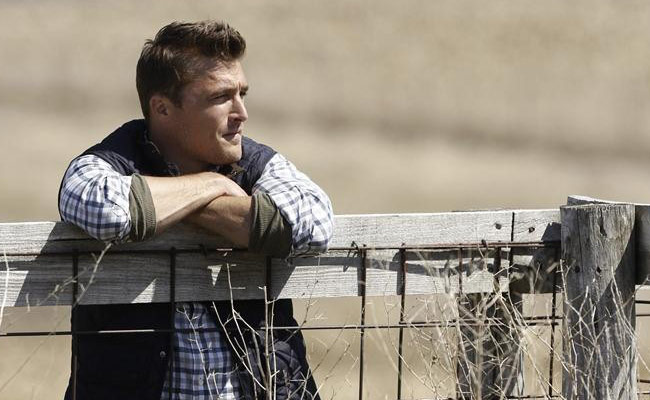 Two days after filming on The Bachelor‘s 19th season concluded, perennial spoiler and dogged researcher Steve Carbone has again published what he says is the outcome of the season–a season that won’t even debut until Jan. 5. Chris Soules’ season ended Saturday in Iowa, at a barn owned by his parents.

Skip to the next paragraph if you don’t want to know: The winner is revealed in a sprawling blog post that also includes the identities of several of the 30 women competing for Chris’ affection, and also preemptively challenges those who might challenge Steve’s spoiler. (“This is not a guess. This is not who I think Chris picked,” he writes. “This information has been told to me by sources. … If you want to continue to harp on the fact I was wrong about Des’ season, that’s fine. But I nailed every detail of Juan Pablo and Andi’s seasons after that giving you both endings and the whole season within a week after filming ended.”) Anyway, Steve reports that “Chris is engaged to Whitney Bischoff,” who’s a nurse from Chicago who works at the Fertility Centers of Illinois, according to LinkedIn. When you watch the promo below, think about where the winner–can we call the person who is chosen by The Bachelor a “winner”?–works. Is it referenced subtly in the new promo below, or am I just finding a connection where there is no actually connection?

Following the promo featuring creepy whispering corn, ABC tonight will air this new promo that actually calls him “Prince Farming,” features Chris Harrison slapping him in the face and saying “pull it together,” and ends with a blurred-out pregnancy test that I’d guess has nothing to do with Chris at all and is just a way to encourage people to watch what looks like another interminably dull season.

But I am ready for this series to reinvent itself again and do more than recycle its contestants to use as bulletin boards on which to pin manufactured drama, so don’t pay any attention to my griping.