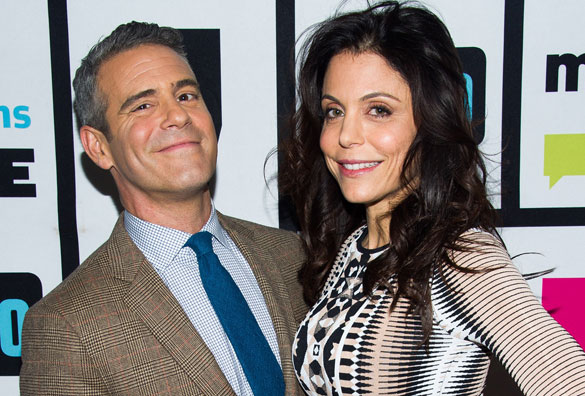 Andy Cohen was profiled on CBS Sunday Morning, the terrific newsmagazine show that rarely goes deep but is nearly always insightful, and Sunday it showed that the man who helped turn The Real Housewives franchise into an entire network’s focus and its own industry sometimes isn’t always pleased with what he’s done.

He’s profiled by Erin Moriarty, who he interned for at CBS News 25 years ago, when he was closeted. Besides giving us a glimpse of his super-tiny studio and confirming that becoming a celebrity was always his goal, her segment reveals that he sometimes feels bad about the culture of superficial, table-flipping celebrity he feeds.

Moriarty quotes a line from Andy’s best-selling new Andy Warhol-inspired book that says, “This is the world we live in and I’m just feeding the beast.” Andy Cohen says,

Shake away, Andy Cohen, shake away.