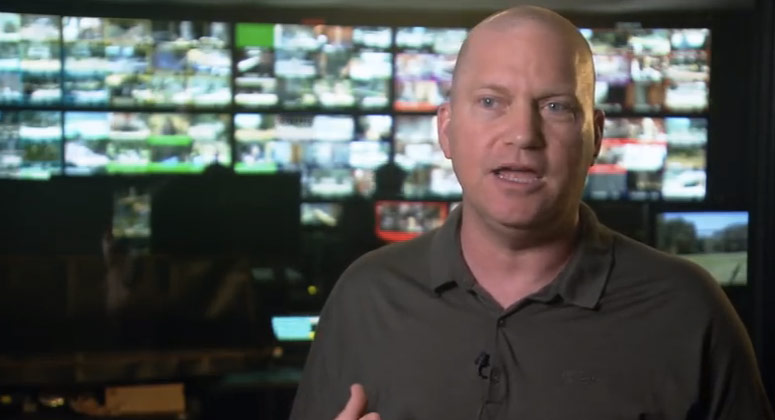 Fox’s Utopia began, perhaps like most utopian experiments, with a lofty ambition: a prime-time network show that was not formatted and did not rely on a competition for a prize to power its episodes. Instead, the series was a throwback to original modern reality series The Real World, following the lives and interaction of people in an artificial context.

While there was initial interest in the show, that dropped severely. It is now airing just on Friday nights, and tonight’s episode is the first that will condense a week’s worth of action into a single, hour-long episode.

I talked with Utopia executive producer Jon Kroll yesterday, having previously interviewed him before he’d even cast the show, and asked him about everything from casting to ratings. He was remarkably candid and thoughtful about the series and his experience producing it, what’s changed and what he’s learned.

What surprised him the most: the cast’s conflict

“I think my biggest surprise was how much conflict there was out of the gate,” he said. With this kind of show, Fox and others were concerned about how interesting it would be because “the process of building a society is slow and boring.” But the opposite was true: “none of us predicted the amount of passion, frayed nerves, short fuses that we’ve had to deal with,” he said.

Kroll grew up in an intentional community, where “people did fight about the silliest thing, but even having experienced that,” he told me, “it has surprised me that regularly people in Utopia have not just been getting irritated, but angry and yelling over very small things.”

Kroll blames the cast’s conflict and ugliness on “closeness of the quarters and the intensity of the project,” not the people chosen to participate in the experiment.

The show, he said, was not cast for conflict (“I don’t believe that’s the case”), and he said that these are people who “function great in the real world” and each brought beneficial skills and traits to the compound.

“Casting is an inexact science and there are things that you can’t possibly predict,” he said. Specifically: “when we were casting, we knew that Dave and Red would be both be quite vibrant and volatile characters,” and they suspected Rob might be the same.

However, “Aaron took us be surprise. We felt that he might be more of a stabilizing influence.” People such as Chris, Bella, and Mike “have proven to drive more conflict that we might have expected,” he said. “It has turned out to be quite a feisty bunch, more so than we anticipated.”

Changing how the show is edited

Since the cast is “feisty,” as he mentioned earlier, “we’re not sure quite what to do about that” because producers want to be “true to the intensities of what they’re dealing with, without overwhelming the televised experience. … Our goal is just to not let that overwhelm the storytelling of the show and that can be a challenge.”

“We actively rearrange scenes to make sure that an act doesn’t get too dark and full of conflict,” he said, or alternately, “too mushy and full of romance.” Kroll suggests that it’s “the lousy and noisier beats are what people remember when they walk away from the episodes.”

As to “the negativity becoming overwhelming at times,” he said producers are now “picking and choosing our conflicts carefully. We’re finding that viewers are really relating to relationships and friendships,” and “we also want to stay focused on the experiment as a whole.”

The focus of the show, Kroll told me, is on three major things:

There’s one final thing that some episodes will include: voting and expulsions.

Although some in the media erroneously reported that the show was suddenly adding viewer voting, that was always part of the plan, though producers tweaked the formula slightly. He said those changes were “simply a matter of us trying to streamline the process.”

Since there is no prize and this is not a competition, producers have leeway and can make changes. “The beauty of not being the show that’s not subjected to compliance due to game show rules allows us to make those adjustments,” he said. The production team is looking at ways to include “more viewer involvement.”

“We would rather be criticized for being less involved than being more involved,” Kroll said. What is happening in the compound “has organically emerged from what the group decided to do,” he said. “We really want it to be generated by them.”

That said, while things such as the “rotating leadership was totally their idea,” as producers, “we try to guide them in some ways, or nudge them, but we want it all to be generated” from the Utopians.

I asked how they interact with the cast, and Kroll told me producers talk with them off-camera, one-on-one, on a completely “irregular” schedule, “on a person-by-person basis” that “is not the same for everybody.” Some cast members might not talk to producers for days at a time. “They’ll come in and say can we do this and we’ll say no, or that’s up to you,” which Kroll called “guiding the process.”

Having large “sessions with the group isn’t really practical because we want to keep the streams going,” he said, and “even if three people have the same question we try” to address them each individually.

Having viewers and other people come on to the compound is “very much a part of the original Dutch format,” and Kroll said it was something producers “knew about, were exited about, and were terrified about.” That’s because, in Holland, there was everything from “smuggling drugs in” to “family who tried to infiltrate.”

On the Fox version, “we’ve definitely had issues with people improperly contacting the cast,” he said, adding that “we’ve always known that the permeability of the society” was going to be an issue. Ultimately, though, the ability of the public to interact with the cast in real time is “one of the really cool things about the show” and has “just been amazing,” Kroll said.

I asked why they’d limit the ability of outsiders to share information. Kroll said that’s “something we talk about,” but “the more input they get regarding the specifics that people are saying about them on the show, the more that will color their conversation.” The cast members are “very self-aware,” he said, and “it’s going to change how they behave.” Besides resulting in conversations about external perception, he said that viewers “want to see people on TV who are uninhibited and don’t change their behavior.” In addition, a minority of viewers may be louder and more visible and thus end up having a disproportionate impact. Ultimately, he called it “a tricky issue.”

Interacting with fans and feeding the trolls

Like the producers of ABC’s The Quest, Kroll has been inordinately active on Twitter (he’s @hippykid), engaging in discussion with fans and trolls alike.

While four cameras stream to the Internet, there are actually 130 cameras on the compound, 12 of which are recording can be recorded at once, resulting in a total of 288 hours of footage every day. Yet the people who watch the streams often think they have a better idea of what’s happening than the producers. For example, Kroll said there are “people who freak out that the cow didn’t get milked” because they didn’t see it happen.

That makes for “a very Rashomon type of experience,” Kroll said, referring to the Kurosawa film that tells the same story from four different perspectives.

He said some feed watchers “were freaking out about” “all these things were things people were talking about but not doing,” and as a producer, he’s gone back himself to “research and confirm footage, spending hours” doing that only to have feed watchers insist, “that’s just production spin, you’re just lying. There’s nothing I can do to appease certain people,” Kroll said, who “make up those narratives.”

“I don’t listen to the digital group enough who warns me to not feed the trolls,” he added, but he kept engaging because he adopts the “Captain Kirk with the Kobayashi Maru attitude: there is no such thing as a no-win scenario.”

Despite those who will never be satisfied, Kroll said, “I’m learning throughout this process. …I learn things about the show from” feed watchers. As an example, he cited “how well the television show represents the feeds,” noting that some “people were upset by conflicts we left out.”

Feed watchers’ discussions online “actually goes into our story discussions.” That’s not to say a single individual’s perspective will alter the show, but “a lot of people commenting about the same thing” can prompt discussions. “We ultimately make decisions based on what’s good for the show but we think that there’s merit to staying attuned to these things,” Kroll said.

The show’s ratings and future

“Of course it’s a concern,” Kroll said of Utopia‘s low ratings. However, he’s glad to be on Friday nights now, especially since the show does “not having the burden of having to be a lead-in” for another series. That “gives us a chance to build our own audience without much competition–other than my old show Amazing Race,” he said.

“We wish more people were watching,” Kroll told me. “It’s a concern but you can’t let that drive it and turn it into something the show was not meant to be.” In particular, they know they should “not panic,” because “if you just panic and pull a 180 you’re just going to alienate” those people who are watching.

Producers now realize that there was “too much about conflict and not about building Utopia at the outset.” He hopes more people will watch “now that we’ve found that balance,” adding that “there’s more to all the characters than meets the eye. It really is the first true cross-platform show, and you only get part of the picture by only watching one or the other.” Watching online and on TV, Kroll told me, is “the only way to get to know the show as a whole.”