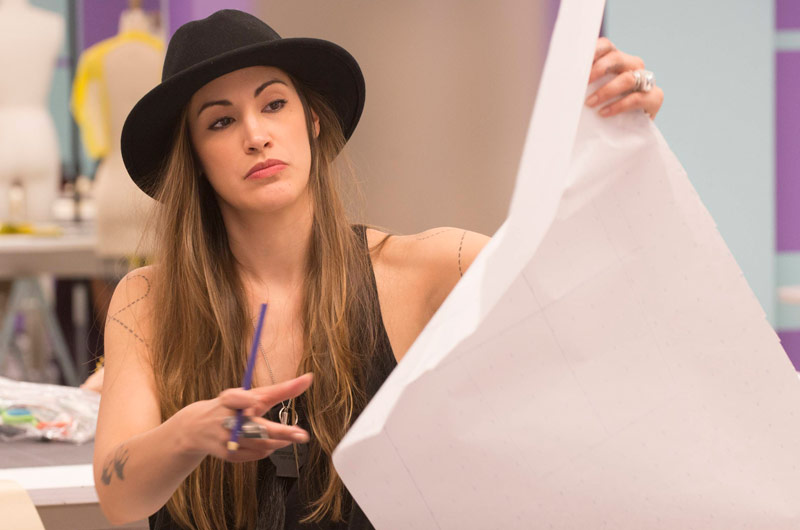 Ugh. So unfair. Project Runway is so stupid; I can’t believe they’d do that. That super-talented designer Korina went home. And she was only given one  additional chance to redeem herself! She clearly needs a second chance at a second chance to show that she really is better than all those talentless losers that she kept losing challenges to.

I just don’t understand why Tim Gunn didn’t use his Tim Gunn save on Korina earlier, though it was probably because he knew she was the best and would win and didn’t need his pathetic Tim Gunn save because she’s awesome. Ugh, Tim Gunn, so smug with his saving people who don’t deserve second chances. Can you imagine anyone else doing that, giving someone else a second chance for no reason, like the judges allowing someone who lost a challenge to try to save herself?

Korina really should go on another fashion show to prove that she’s amazingly talented. A show with real competition–like Project Runway: Threads. She’d be so awesome that everyone else would look like amateurs in comparison–children, even.

The part where I’m not mocking Korina

One of the greatest joys of competition reality shows is the downfall of the villain, and this week’s Project Runway episode certainly delivered a satisfying downfall. However, it looks like next week’s episode might provide an even better conclusion to her story, as eliminated designers are brought back to help out, and Korina is assigned to help Char. That’s either the world’s luckiest coincidence or the producers are being evil geniuses (it’s the latter).

Perhaps it’s unfair to call Korina a villain. She was just exceptionally good at giving exceptionally judgmental soundbites to producers in interviews. I imagine that the producer interviewing her was jumping up and down with joy inside with every word Korina spoke, because the producer knew what great television Korina was making.

For some inexplicable reason, Heidi and the other judges gave Korina and Char an hour to make one more dress and prove they should stay. Korina complained her way through it and made a piece of crap that she knew was a piece of crap, and then she whined, “I definitely hate this dress compared to the collection hat I made that I should have been judged on.”

Korina, you were judged on the collection–and that’s why you were in the bottom two. That’s how this works. Of course, her real problem was that she lost to someone she deemed inferior, which means she lost to someone else, because her commentary suggests that most people are inferior to her. “The last thing I expected today was to make a dress against somebody that I don’t have respect for as a designer and then lose against them,” she said at one point. It’s an awful feeling.” Is that really the last thing she expected on a competition reality show? To compete against someone whose skills may not be as good or whose aesthetic might be different?

After being saved, Char broke down (“that was absolutely horrible!”), apparently from the experience of being attacked by Korina, who’d finally gone after her to her face: “You were out. You were eliminated.” I wonder if Korina looks at the sun every morning and is like, What? You set last night. What are you doing back? Stupid sun. You’re awful.