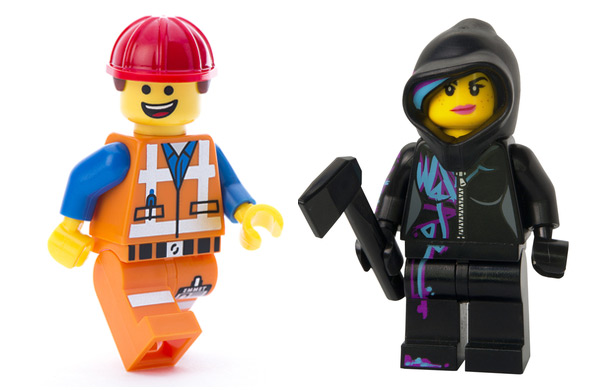 In addition to producing a documentary about LEGO that will be released next year, the company is currently “exploring” a reality competition related to becoming a LEGO “master builder.”

That’s a reference to a kind of character in The LEGO Movie and to actual people, those who LEGO defines as “highly-trained and super-creative builders who design all of the official LEGO sets” and “create giant, detailed sculptures.”

The show is in the early stages, so there are no details available, but YES. BRILLIANT. Based on the success of The Lego Movie. I could imagine this being a hit broadcast network competition, a larger and broader competition that’s more Top Chef than American Idol.

LEGO’s VP for global licensing and entertainment, Jill Wilfert, revealed those plans during her Mipcom keynote interview yesterday in Cannes.

“We have a LEGO documentary that we’ve been producing for the last couple of years that will be released next year through Radius, and we’re really proud of, and it talks about creativity, and our brand, and our fan community,” she said.

“We’re also looking at some reality competition show formats, which is something new for us. The idea of becoming a master builder is something we think could be quite resonating with audiences, so that’s something we’re out exploring and talking to partners about right now.”

Wilfert said the company is  “methodical” about what they do and “look for things that fit with our brand.”