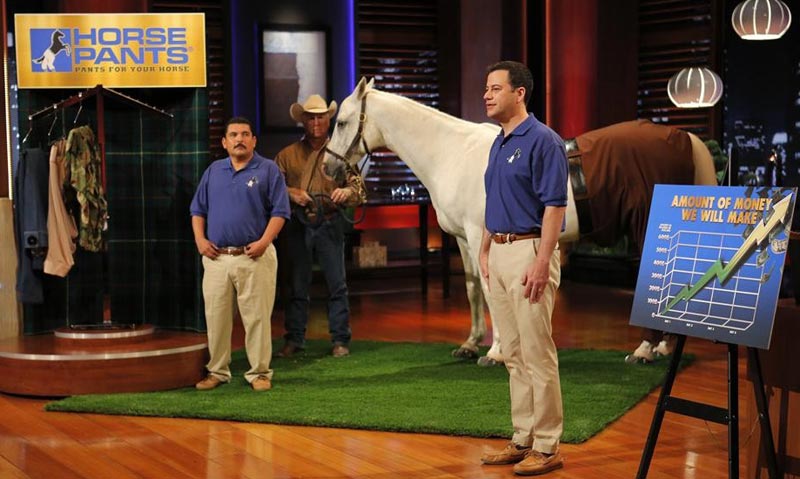 Last week’s Shark Tank ended with the start of a pitch from Jimmy Kimmel and his sidekick Guillermo for their horse pants business/concept. The conclusion aired on Jimmy Kimmel Live earlier this week, and it ended up being a funny stunt rather than just annoying cross-promotion because their pitch mocked other bad pitches.

Actually, their concept for horse pants–literally, clothing for horses–is less dumb than some of the products that have been pitched on the show. But Jimmy’s charts and projected growth, which were absurd, effectively illustrated the absurdity of some of the arguments entrepreneurs have made on the show before. Ditto for his specious rationale about the market for this product.

My favorite moment, though, was when Robert asked him how they planned to grow the business, and after conferring with Guillermo, Jimmy Kimmel said, simply, “We’re going to pass on that question.”