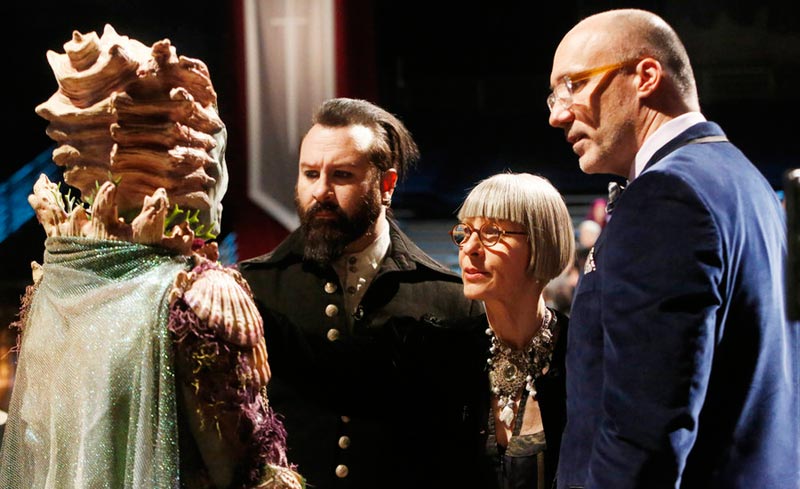 Face Off ended its seventh season last night, and the finale had hints of next season’s twist: three past winners returned to work with the finalists. Alas, that didn’t work, at least not as television; there was no real reason for them to be there, and their contributions mostly faded away. I hope the coach twist next season uses its returning winners better.

For HitFix, I recapped the finale and looked at where Face Off is now. It remains a show with great artistry (usually) that has worked itself into an insanely deep rut. So, this season, its challenges, its contestants, and even its winner didn’t really stand out in any meaningful way from the previous six seasons. It’s time for change.

The best part of the season was judge Lois Burwell, who subbed for Ve Neill. Ve returns next season, and I really hope Lois sticks around, either as a fourth judge or, say, replacing Neville. She gives great critiques, and I loved her wit and bluntness, which never seemed mean.

Lois once said of a contestant’s alien makeup,

“If someone that depressing arrived, and that gray, it would make you lose the will to live. If he actually stepped out the craft, you’d be likely to club him to death.”

Face Off doesn’t need to be clubbed to death, but it is pretty depressing and gray, and needs new life.