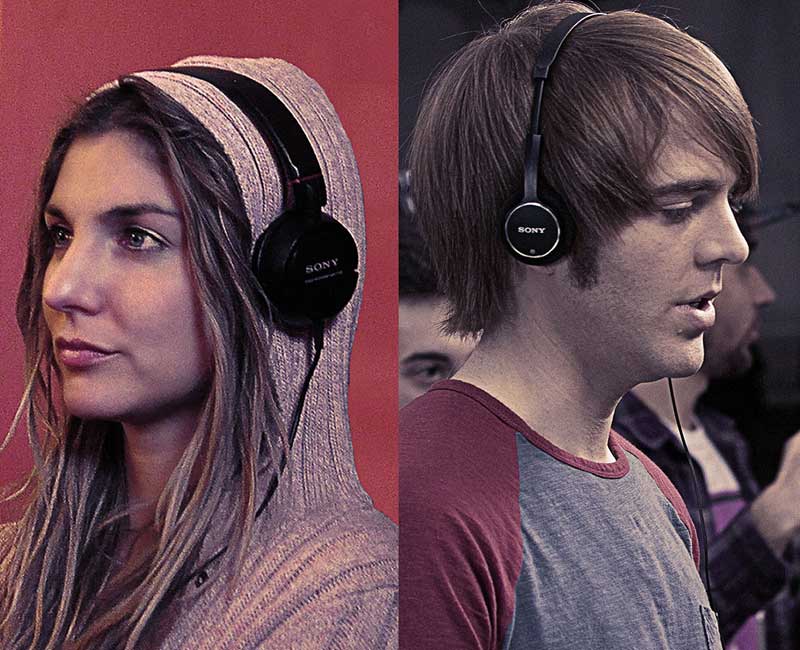 In the third episode of Starz’s The Chair, one of the two directors using the same script to film a movie says, “If we can’t find locations, if we can’t find actors, if we can’t find crew, then how are we gonna fix this…” He turns to the previously unacknowledged camera filming his rant, looking into the lens as he says, “…to make Pittsburgh look great? Cuz Zach Quinto ain’t doing fucking anything.”

The director is Shane Dawson, YouTube star. Zach Quinto is the actor (“Spock,” “Bloody Face”) who, along with his producing partners, is producing Shane’s film and the TV series documenting the process. The entire project took three years to come together, in part because securing financing was challenging, but ended up in Pittsburgh because of financial support there. Later, Shane expresses his frustration at the constraints of shooting in Pennsylvania. “The shit eating is a problem for people,” he says, referring to actors objecting to a part of his script. “I’m not taking it out of the movie to please a bunch of fucking out-of-work actors in Pittsburgh who should be lucky to get an audition for a feature film. I’m not catering to that fucking market.”

Meanwhile, director Anna Martemucci struggles with the presence of the reality show crew, reacting in horror at one point when she realizes they are filming her through a window. In the fourth episode, when her husband shows up and they work on the script in a restaurant, he’s so self-conscious that she accuses him of performing for the cameras (“you’re really hamming it up”), which he blames on alcohol. An associate producer for the TV show eventually intervenes and he tells the producer, “I work on a reality show. Let’s just stage something for you really quickly and get you the fuck out of here.” The producer replies, “We’re in for the long haul. Don’t worry about us at all.”

A worthy successor to Project Greenlight

The Chair is literally flawless reality television, without flaws because it exposes its own. It is everything the genre can and should be, authentic and entertaining. There’s a lot of emotion, conflict, and drama in creating a film, and besides capturing that, the series manages to be a work of art in itself.

I recognize that I was primed to love this series: Project Greenlight remains a favorite, and I am also intensely interested in the process by which media is created. But while it is about filmmaking, and an exploration of an idea, it’s really accessible and much more focused on the people who are making the two films. Casting two people to direct the same script elevates the experiment into entirely new territory, giving the show the ability to cut between the two directors and illustrate the effects of their directorial styles, aesthetic preferences, and decisions.

Watch the two films’ trailers and the differences will be obvious, though having watched the series, it’s now hard for me to be overtly judgmental about the trailer I like least (Not Cool), simply because I understand what Shane was attempting and have real empathy for his decisions. I know where they were coming from his desire to please his audience, his insecurity as a director. Likewise, because Anna’s process is so collaborative–her husband and brother-in-law are closely involved in the entire process, which leads to its own set of problems and plenty of tense moments–her film’s trailer seems like a remarkable achievement, since it’s so cohesive and close to her articulated vision.

Shane and Anna are first-time feature film directors, but both are accomplished and talented in the world of filmmaking. They were selected for the project by Chris Moore, and the decision to not bother with a casting process means the show is immediately immersed in the characters. Regardless of what’s happening on screen–whether Anna is evading the cameras or Shane is throwing a fit–they remain incredibly likable people. While Chris Moore was Greenlight‘s primary antagonist, yelling and swearing all over, he’s not on screen that often during the first half of the season, and when he is, we get a real sense of the challenges he’s facing as a producer of this entire project.

The closest the series comes to a villain may actually be Zachary Quinto, whose schedule means he’s mostly absent instead of a mentor, so he sort of dips in and offers judgement. My (admittedly odd) instinct as a viewer is to be protective of the filmmakers because I’ve been there watching and seeing what he has not.

The series humanizes everyone by making sure we have access to their thoughts. We see both their behavior and work not as something to be judged in isolation, but as products of complicated people. Even if you question the story he’s written, try not to feel sympathy for Dan Schoffer, the screenwriter, who basically is there to watch two directors hack his script apart and rewrite it until it’s their own.

The Chair‘s director, Anthony B. Sacco, has produced a series that’s  exquisitely shot and thoughtfully edited. The images of Pittsburgh are stunning, especially during its graceful and slightly haunting title sequence that would fit a premium cable drama. (It’s somewhat like a more hopeful version of House of Cards’ intro.)

Most significantly, Sacco and his director of photography, Dan Kavanaugh, opt for an unusual but compelling way of framing sit-down interviews with the cast. Their faces are usually on a small part of the screen, with the rest of the frame consumed by brick walls, generic furniture, or windows. It’s jarring at first, drawing attention to itself–and to the fact that this was a choice, a conscious and unusual one. Thus, the construction of the show itself illustrates the series’ primary theme: art is the result of a series of choices.

In the case of the two films, the director makes many of the big-picture decisions, but as the series illustrates, there are many other people whose work affects the end product, and all that begins long before any footage is shot. From episode one, the process immediately result in riveting drama, even when people are just talking.

The series continually breaks the fourth wall to such a degree that it just ceases to exist; this is a reality series that’s about itself without being narcissistic. Its honest about the relationships that the producers, directors, and others have had before The Chair, and is very open about its own construction and how its participants feel about what it will become.

Chris Moore told me that “I just don’t think in today’s world, when every asshole’s walking around with a camera, that you can actually pretend that the camera’s not there,” he said. Describing the process of being filmed as “fucking brutal,” he added, “I wanted that to be an honest portrayal: I didn’t want them to have to pretend they can’t talk about the camera.”

The cameras play a role: more than one person isn’t interested in working on the film as a crew member or actor because the process is being filmed for a reality TV series. Anna has to negotiate with the reality crew to not appear on camera during rehearsals of a sex scene; Chris Moore talks not just about securing financing for the two films, but also about funding the reality show crew that is, of course, filming him talking about that. Fascinating.

Although the series has the artificial construct of a contest, because the filmmaker whose film is most well-received by the public will receive $250,000, that’s rarely mentioned and only something that hangs in the background. Anna and Shane may want the prize, but they come across as simply wanting to make the best films possible–though yes, Shane does repeatedly make decisions to please his pre-existing fan base, and the consensus seems to be that he’ll win because of that. (Then again, that’s what people insisted about fellow YouTube star Frankie Grande, whose large fan base did not deliver enough votes for him to even be the third-most popular Big Brother contestant.)

The worst part of The Chair is its title, which is dry, unhelpful, and the complete opposite of the complex and consistently entertaining series. Chris Moore tried to get the rights to use the name Project Greenlight but could not; later his former producing partners Matt Damon and Ben Affleck did, which he told me was “a little awkward.”

But perhaps a bad title is perfect for a series that invites its viewers to look beyond the end product at what’s really happening. Past the title, there’s an incredibly warm world inhabited by talented, smart, interesting people engaged in an impressively challenging process. As a result, The Chair sits at the head of the reality TV table.